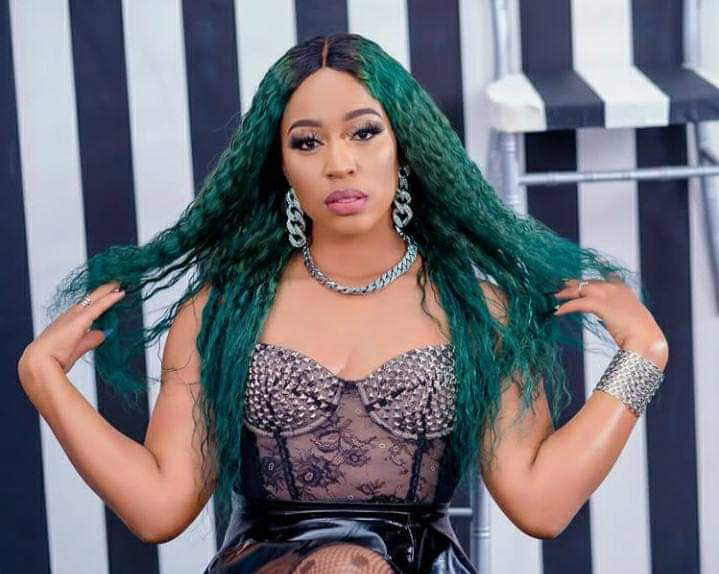 Diana Marua is a Kenyan rapper and content developer who used to be a reality TV star. She originally rose to prominence after appearing in Bahati's music video for "Mapenzi."

Since then, the fame has attracted about equal numbers of fans and detractors. Diana has been the target of trolls on several occasions, yet this has never prevented her from being who she is. She previously gained popularity after confessing to lying to Bahati about being at her grandmother's home when she was really with another guy during a truth or dare video. She did, however, clarify that she had never cheated on him.

Who is Diana Marua, apart from all of this?

The stunning star has a KCA accounting qualification as well as a Diploma in Information Technology. She also earned a certificate in professional marketing and communication from St. Paul's University.

Diana is married to award-winning singer Kevin Mbuvi, aka Bahati. Bahati was hunting for a video vixen for his song video when they met. They hit it off right away and began as friends before becoming lovers. Because Diana is two years older than the artist, the relationship has been marred by speculation that she is merely chasing his money. Diana previously revealed in an interview with True Love that she is dating the artist for love, not money.

Others claim I'm just after him for the money. If it had been about money, I would have dated well-off individuals who would have provided me a lot of things, including vehicles. "I prayed God for someone who would really love me, and Bahati was the guy I knew I wanted to develop and leave a legacy with," Diana said.

Diana was a party animal before she met Bahati. As she previously said on K24's Upclose on Weekend with Betty: "Being around the artist helped me relax down."

"Of course, I was of the world ile proper before I met Bahati. I used to avoid going to church. Thursday halafu tunamaliza Monday hapo ndio tunatoa high heels was how my life used to start. "Twende Naivasha, the whole weekend road travels..." stated the star.

Diana told Radio Jambo's Massawe Jappani that most people assumed she was Bahati's aunty because of their age gap.

"I am just two years Bahati's senior. It used to bother me in the beginning, but what counts now is how he looks after me. He makes me feel at ease. Regardless of my age, dad is the leader of the household, and I respect that authority. "As a spouse, I respect him," she said.

In 2017, the two married in an invitation-only wedding at Diana Marua's parents' home.

Two children have been born to the couple. Haven is a girl who was born on Valentine's Day in 2018 and Majesty is a boy who was born in 2019. Mueni has an adoptive son called Morgan, and she is Mueni's stepmother.

Diana Marua is the daughter of a Kikuyu father and a Luo mother. Her father worked at a hospital, while her mother was a stay-at-home mom. She confessed in an interview with Magzter that her mother abandoned her when she was a child.

"My mother abandoned me when I was six years old. I don't recall much about her in those days, save that she liked to watch the soap opera The Bold and the Beautiful. "I'd color her hair as she watched," Diana said.

"I don't believe my mother was ever happy." She used to weep and shika tama (be pensive) a lot, I recall. It was a difficult situation at home. My father was a very aggressive man. I recall a day when Dad arrived home late and enraged, and began pelting my mother with punches while she was nursing my younger sister......." She revealed her story to an internet site.

Diana and her two younger sisters were left without a mother, so she had to step in and take care of them.

Her father, Joseph Omachi, is a major cancer advocate who works to eliminate stigma around cancer patients.

If the tales published on social media sites are true, her old life seems to be coming up with her. She's been connected to player Victor Wanyama and comedian Jalango's boys club most recently. The guys' group was exposed for enlisting the help of young ladies. Despite the fact that she has not been romantically related to any of those guys, social media users continue to throw doubt on her character.

Diana has worked for a number of firms in various roles and has had a successful career.

She began working at Bio Foods Limited as a senior account executive in 2014. Bio foods is a well-known firm that produces functional dairy foods.

The mother of two has also served as a brand ambassador for a number of well-known companies, including;

Non-explosive gas from Safaricom Engen
Career in Music for Nivea

Diana Marua is currently a rapper who goes by the moniker Diana B, which stands for Bahati. Her singing career began on November 28 at Nairobi's TradeMark Hotel, when she played her debut song, Hatutaachana. Among the guests were comedian Eric Omondi, singer Ringtone, and YouTubers the WaJesus family, among others.

Githurai Murder FLORENCE KAARI, 29, is slain by her husband for being late for work