Blow to the Kikuyu Woman Who Received Ksh 102 Million as a Present From Her Belgian Lover - Look! She Had a Premature Celebration. 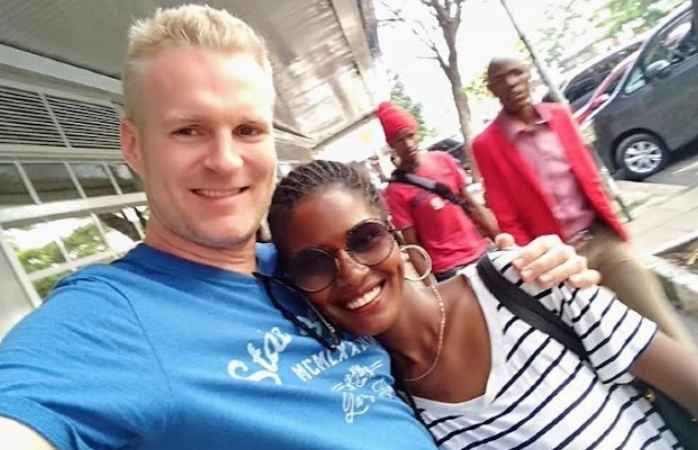 No one will be permitted to withdraw money from the account, according to a judgement delivered by Justice Esther Maina on Friday. Felesta Njoroge, a 21-year-old college student who became an overnight billionaire, was allegedly handed Ksh 102 million by her Belgian lover.

The Assets Recovery Agency (ARA) was permitted to freeze Ksh 102 million that Felesta Njoroge, a 21-year-old college student who became an overnight billionaire, was supposedly handed by her Belgian lover.

No one will be permitted to withdraw money from the account, according to a judgement delivered by Justice Esther Maina on Friday.

"Preservation orders are hereby issued prohibiting the respondent, her employees, agents, servants, or any other person acting on their behalf from transacting, withdrawing, transferring, or dealing in any manner in respect of any profits or benefits derived or accrued from the funds specified," Justice Maina's order stated.

Felesta told ARA authorities that she received the money as a present from her Belgian lover.

However, the authorities were unsatisfied with her response, forcing them to file a lawsuit in order to have the account blocked before the funds were sent or removed.

Since the account was created on August 2 and the money was deposited two days later, ARA authorities assume she was engaged in money laundering.

In court records, ARA said, "There are reasonable reasons to think that the assets kept in the respondent's account are illegal funds in which the respondent is engaging in a money-laundering operation meant to hide and obscure the type, source location, and movement of the funds."

In the meanwhile, the aforementioned student has already departed the country.