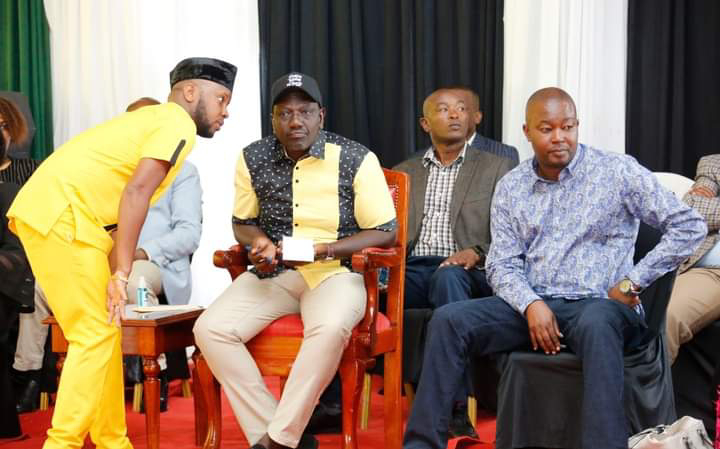 Deputy President William Ruto, has said ethnic parties should not be given a chance in the political arena of this nation.
The deputy president accused the tribal parties of undermining the nation's development, fueling hatred, ethnicity, and divisions.
Dkt. Ruto said it was very difficult for those parties to unite this nation, if everyone had their own political party associated with their community or area of ​​origin.
Ruto made the remarks on Monday at his residence in Karen, where he met with more than 3,000 members of the Women and Hustler group, which has come out to promote the Bottom-Up economic system.
Dkt. he said that any leader who wants the leadership of this nation, must be determined to unite and change the lives of the people.
"We want to make sure every Kenyan gets food, everyone has a good income. And so we will move forward, ”said the Deputy President.
Some of those who attended the party included Kirinyaga Governor Anne Waiguru, MP Jayne Kihara of Naivasha township, Millicent Omanga MP-elect, Isaac Mwaura MP-elect Isaac Mwaura, Thika MP Thika town and George Theuri of Embakasi West.
Others are Nixon Korir (Lang’ata), Benjamin Gathiru (Central Embakasi), James Gakuya (North Embakasi) and Simon Mbugua (EALA), President of the Bar Association of the National Assembly Nelson Havi and former Starehe MP Margaret Wanjiru.
Tags
Politics
Related Article