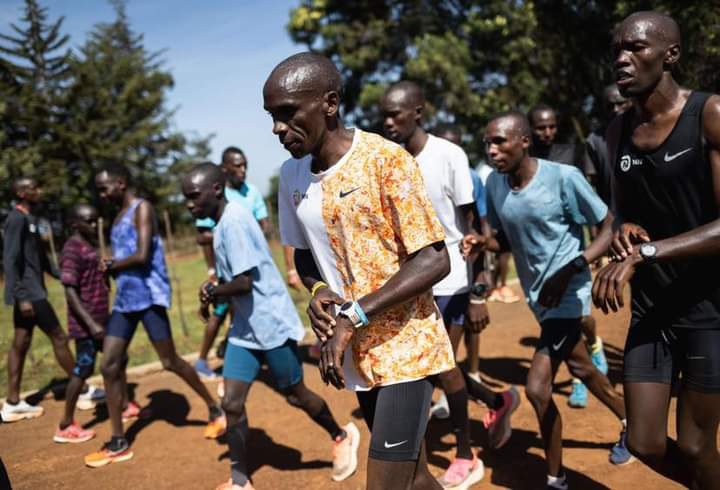 Patrick Sang, Eliud Kipchoge's coach, has spoken out about the difficult circumstances that runners face while training at the camp.
Sang mentioned in an interview with World Athletics that they had to make their own bread at one time due to variances in the brown and white varieties available on the market.
The coach added that in his coaching expertise, he brings a variety of professionals to the camp, including nutritionists and financial managers, to guarantee that the athletes, including Kipchoge, get the greatest possible training.
They met with a nutritionist in one case, who pointed out that some of the athletes were not getting enough protein, requiring them to change their diets.
One of the suggestions was for the athletes to eat brown bread rather than white bread because of the latter's nutritional value. White bread, on the other hand, was chosen by the athletes.
"The nutritionist examined the contents of everything we had and determined that our athletes' protein intake was insufficient, so we took action by devising home-grown remedies without resorting to extreme measures.
"We now produce our own bread, which is still white in appearance (since the athletes prefer white bread over brown bread) but fortified to make it better for the athletes. We also utilize fermented milk, which is nutrient-dense and a fantastic source of protein "Sang said.
He also said that all athletes are required to participate in all duties while at camp in order to broaden their life skills.
Sang emphasized that it was critical for the sportsmen to develop in a healthy way so that they could communicate with colleagues and fans rather than being viewed as distant celebrities.
"Athletes administer the Kaptagat camp, which includes everything from baking bread to cleaning and grocery shopping. Geoffrey and Eliud's videos of them preparing chapatti went popular on social media, but they weren't made to brag; it's just what they do at camp.
"The goal is to develop these athletes into all-around individuals. We urge kids to have conversations and communicate with one another in order to learn and acquire new abilities. You don't want to create a runner who is amazing at running but looks like a monster or a celebrity who is out of touch with reality when it comes to social skills "He went on to clarify.
Because athletes need different quantities of nutrients than non-athletes, sports nutrition varies from ordinary nutrition. They must exercise hard and nourish their bodies properly in order to perform at their best.
A well-balanced diet has no substitutes or supplements. A nutritious, high-energy diet gives the body the energy it needs to function at its best while also minimizing early weariness and damage.
A picture of Kipchoge eating rice and beans went viral in December 2020. The discussion focussed on his simplicity, income, and whether or not he had a dietician advising him on meals.
Tags
Sports
Related Article