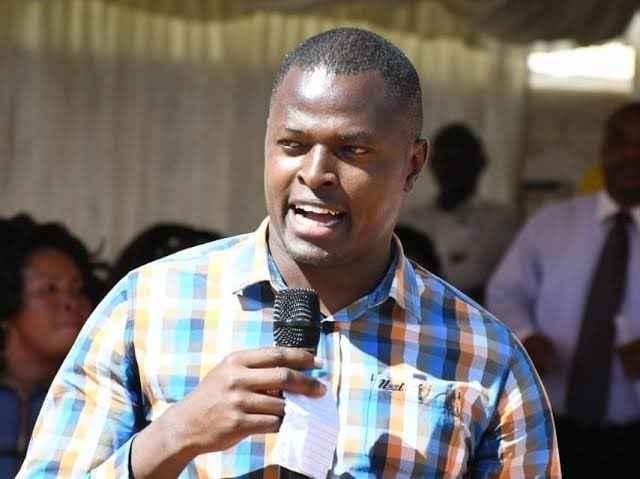 Ndindi Nyoro, a Kiharu MP, has chastised the ODM for allegedly transporting supporters from the Nyanza area to attend Raila Odinga's gatherings in Nyeri.

On his journey to Nairobi on Friday, Nyoro said he came across a number of Nyanza school buses in the region.

"I spotted one for Rarieda High School, one for Kisumu High School, and one for Kondele Boys. Others were Homa Bay girls from a Siaya County school, and I wondered if there were any school theatrical festivals or activities in our area... "I was told the people will be at Raila's gathering," Nyoro stated.

He questioned why individuals were being transported from other parts of the country to attend the gathering when it was intended for locals.

"This shows that these people have realized they don't have followers in the Mt Kenya region, which is why they're bringing their supporters with them."

"If you ask one of the fans greetings in Kikuyu language, they will not respond since they have just been sent to clap and applaud," he stated.

Nyoro, a close supporter of Deputy President William Ruto, said the hustling nation will continue to campaign peacefully across Kenya.

On Friday, Raila began his two-day campaign in Mt Kenya, where he was welcomed by a number of Kikuyu elders at the Kabiruini Grounds in Nyeri Town.

Prior to Saturday's Nyeri edition of Azimio La Umoja Rally, the Party of National Unity (PNU) organized a series of special interest caucuses with ODM leader.

The festivities are the culmination of the opposition chief's intensive efforts in the previous three months to develop the Mountain region, where PNU has served as the official chaperon of honor.

Raila, who has created a strong presence on Mount Kenya, will attend the event, which will bring together cultural leaders from the Kikuyu and Luo groups.

Conmanship has no place in our politics. We are African and Africa is our Business.. pic.twitter.com/Iar0D0HoOK