4 Mt Kenya Governors Hint at Abandoning the Jubilee Party, Dealing a Major Blow to Uhuru and Raila Odinga - This Carcass Cannot Be Used to Re-elect Us!! 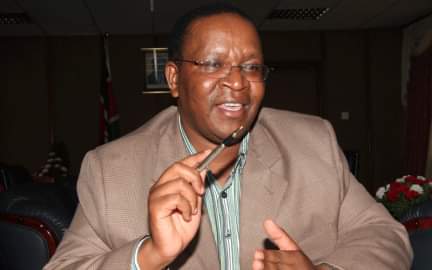 President Uhuru Kenyatta has been dealt a huge setback as four Mt. Kenya governors announced that they would not run for re-election in 2022 under the Jubilee Party banner.

Nderitu Muriithi (Laikipia), Francis Kimemia (Nyandarua), James Nyoro (Kiambu), and Mutahi Kahiga (Nyeri) have all said that they are aware that they cannot be elected with the current Jubilee party.

The governors said they would meet with Uhuru, the head of the Jubilee Party, shortly to inform him that they will not be able to exploit the judgment to defend their seats.

The governors, who have been rallying support for former Prime Minister Raila Odinga's presidential run in 2022, claim that Deputy President William Ruto has poisoned the public against the current party, making re-election with the Jubilee Party very difficult.

"We need to create another party to fight with Jubilee Party," Kimemia remarked.