Kweli Mke Wa Mtu Ni Sumu! - See What Happened to This 29-year-old Man Who Was Caught in the Act With Another Man's Wife! 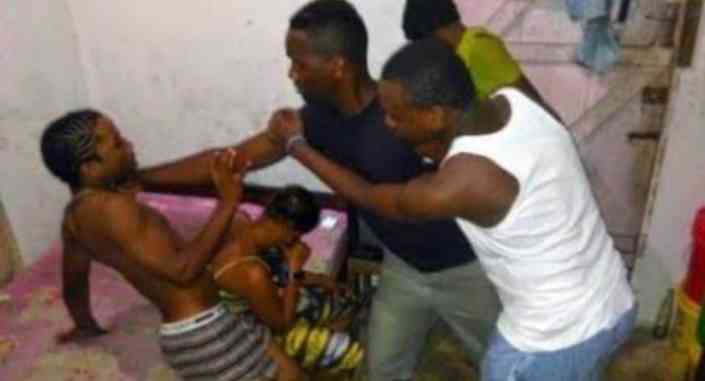 After being discovered in a compromising scenario with another man's wife, a 29-year-old guy is being treated at a city hospital for life-threatening injuries.

At around 4 a.m., the man only known as Kangechu and the woman were having a nice time when the man of the home busted them in his bedroom.

Kangechu was stabbed multiple times before he realized what was going on by the man who later turned out to be the woman's husband.

Kangechu, who resides in Joska, described how he met the woman at the Barizi pub in Donholm at 9 p.m., when they celebrated their newfound connection with several rounds of drinks.

As things progressed, they decided to end the night at the woman's home.

However, around 4 a.m., the man of the home returned from a trip to Murang'a, only to be greeted with a peculiar pair of shoes at the entrance to his residence.

He picked up a strange wallet and a pair of trousers on his way to his bedroom, confirming his suspicions that an uninvited visitor had entered his domain. Following that, an altercation erupted, leaving Kangechu in critical condition after being stabbed multiple times.

As she sought to persuade her knife-wielding husband to engage in discourse, the woman sustained minor injuries to her fingers.

Officers from the Savannah police station reacted to neighboring distress calls and saved Kangechu, who was bleeding severely, from the enraged man's vengeance.

He was brought to a city hospital, where he is in critical condition.

Meanwhile, the guy of the house is still being held on serious assault allegations.