Cannabis Worth Six Million Shillings Is Seized in Nyandarua 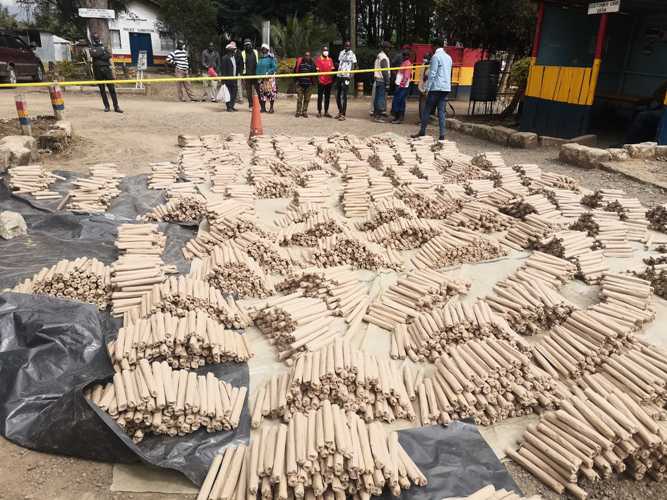 Police in Nyandarua County have seized six million shillings worth of cannabis from a private house in Ol Kalou area.

Confirming the incident, Nyandarua Central police commander Dahir Mohamed said the drugs were being transported from Nakuru to Mombasa.

The commander said the suspects who were transporting the cannabis were stopped by police officers on the Ol Kalou-Njabini highway but escaped. They later left the car in a compound in Ol Kalou before officers were informed by a citizen. However one suspect was arrested and detained by police and will be arraigned in court on Monday

Ol Kalou Road - Njabini is widely used by traffickers to smuggle drugs as it is easy to get into neighboring counties.