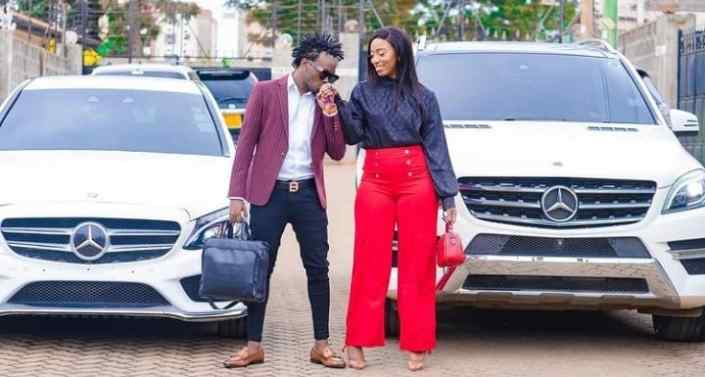 After a long silence artist Bahati has come out and talked about dramas that have been circulating online involving him and his wife Diana Marua and Willy Paul.

Through a video uploaded on social media, Bahati said her enemies had been trying to get rid of Diana, which she said was entirely possible.

"I want to say I do not apologize to anyone out there. You want me to apologize and we have not wronged my grandmother? For you are mad. "Bahati said.

"I ask you if you know how expensive it is to have Diana. If I give it to this girl will you be able to keep her really? Do you know what she is expensive for?

Recently Diana Marua has been hitting the internet especially after claiming that Willy Paul once tried to rape her.

Netizens have not been left behind to express their views on the matter, with some mocking and others appearing to be biased.

After all, Bahati has insisted that he does not divorce his wife