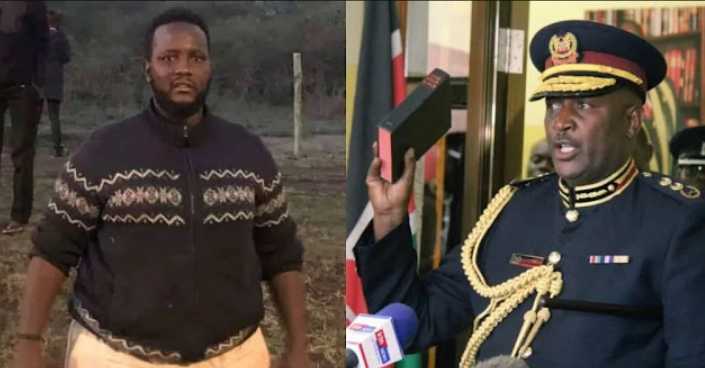 David Mwendwa, the son of Inspector General of Police Hillary Mutyambai, has surrendered to police after killing two Boda Boda riders while drunk driving on the dangerous Southern Bypass.

On Thursday, Mwendwa, who was driving a Toyota Pickup, collided with two Boda Boda riders, killing them immediately.

Police attempted to conceal the accident, but brave social media users persisted until Mwendwa appeared at the Langata Police Station and gave a statement.

Nairobi Traffic Police Commander Joshua Omukata, speaking about the accident, disputed the coverup charges and said that investigations would be performed without regard to the suspect's families.

Medical examinations will also be done, according to Omukata, to determine if Mwendwa was inebriated when he reportedly struck and killed two individuals.

"It is not a reality in this case that he is the son of the Inspector General.

"Whether he is the IG's son or not, the event that lies ahead of us is an accident."

"It's about the individual who caused the disaster, not about anybody else," Omukata said.