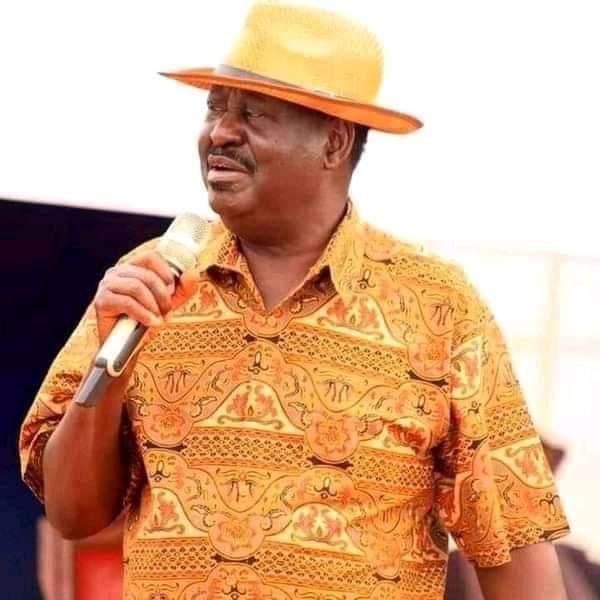 Former Prime Minister Raila Amolo Odinga has officially announced that he will run for president in the next general election, with the aim of becoming the country's fifth president.

Speaking at a United Nations Declaration conference at Kasarani Stadium on Friday, the ODM leader announced that after listening to his supporters during his nationwide rallies, he had reached the decision to run for the presidency in the next general election.

"I, Raila Amolo Odinga, after dedicating myself and becoming a founder in building a democratic and developmental nation, after serving many patriotic Kenyans to achieve this goal, I agree to be the presidential candidate in the August 9, 2022 elections," Raila declared.

The ODM leader, however, hinted that he was running for president because national leadership is fully implemented in the presidential palace. He said it was in the palace that many leadership changes could be implemented.

"The president is changing the lives of the people," said Raila.

The former prime minister, however, said he would not run for president to oppose anyone, but his goal was to propose appropriate policies.

"I am not at war with anyone, I am fighting against ideas that will distort the direction of this nation," Raila added.

It was at this forum that Raila Odinga announced the creation of a United Nations Declaration of Action, outlining his mission to unite Kenyans, as the basis for the country's economic development.

"In order to put this nation on the right path of unity, resilience and prosperity, I am announcing the creation of a movement based on Humanity, Brotherhood, Unity, Equality and Productivity.