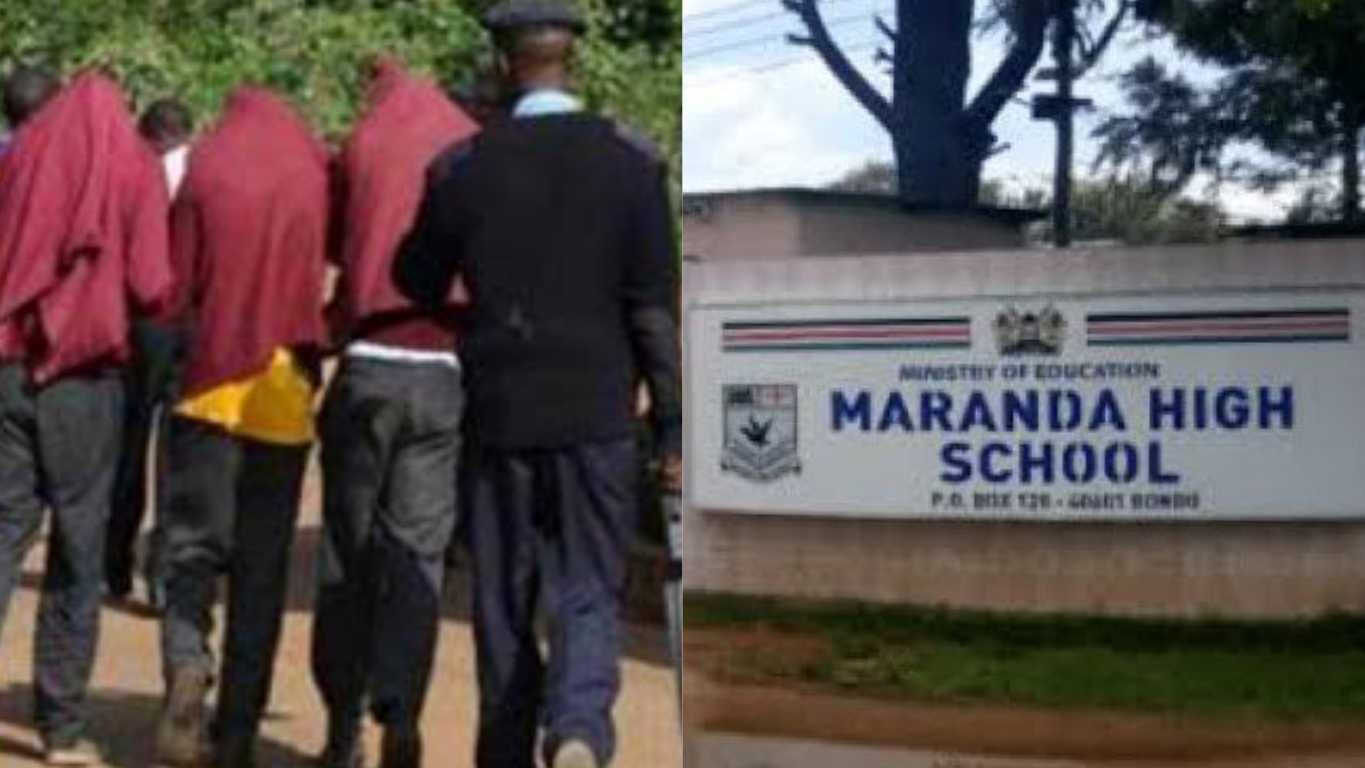 Following a fire that destroyed a 630-person dormitory on Sunday, Maranda High School has been closed and three students have been arrested for questioning.

The Boaz Owino Complex, which houses Form One students, caught fire around 11:00 a.m. on Sunday, and was quickly put out by Siaya County government firefighters.

As a result, the school administration and other stakeholders called an emergency meeting, during which they decided to close the school indefinitely on Sunday.

In an interview with Radio Ramogi, the school's Board of Management Chairperson Eng. Carey Orege confirmed that the three students arrested are in Form Two and that they are currently assisting with investigations.

Over 400 Form Four students were sent home on Wednesday after allegedly threatening to burn down the school.

According to a teacher who spoke on the condition of anonymity to Radio Ramogi, the kids had allegedly refused to take internal mock tests.

The threats, according to the teacher, were scribbled on toilet walls, which piqued the interest of the other kids, with ten reporting the incident to the administration.

The pupils were sent home after a decision by the school's Board of Management, which met on Wednesday morning at the institution.

Internal mock tests, which were scheduled to take place on Monday, December 6, have been postponed, according to Siaya County Director of Education Nelson Sifuna.