Moses Kuria, Who Is Ill, Will Return Home in 2022, Whether He Likes It or Not, as Uhuru's Man Assumes Command 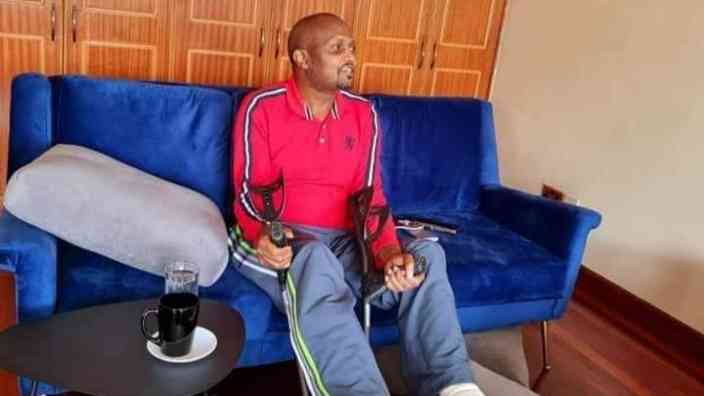 Moses Kuria, the ailing Gatundu South MP, is a man under siege.
This comes after the candidate aiming to topple him in the 2022 elections teamed up with President Uhuru Kenyatta's supporters to ensure he would never be re-elected.
Geoffrey Njinji Murigi, a business mogul, gathered Ksh30 million in a record-breaking 30 minutes yesterday to support his efforts against Moses Kuria, who is undergoing life-saving treatment in Dubai.
Interior Principal Secretary Karanja Kibicho and other senior government officials were among the guests at the aspirant's invite-only supper.
The tables were set up according to pledges made by his friends and close acquaintances.
Platinum donors included Principal Secretaries, business moguls such as Paul Ndung'u and the President of the Kenya National Chambers of Commerce and Industries (KNCCI), Richard Ngatia, who each contributed Ksh4 million or more.
'Gold' was the next category. It was made up of visitors who each gave at least Ksh2 million.
Wambui Nyutu, the Vice-Chair of the National Cohesion and Integration Commission, and businessman Kelvin Shaban were among those who attended the ceremony.
Njinji promised in his address to bring in more investors to help build basic amenities that will assist make Gatundu South the best constituency in the country.
"I will ensure that Gatundu South has a favorable climate for both local and foreign investments, which would benefit our people," Murigi added.
PS Kibicho, for one, accused politicians for inflaming tensions and divisions among voters during the election season.
Tags
Featured Features News
Related Article