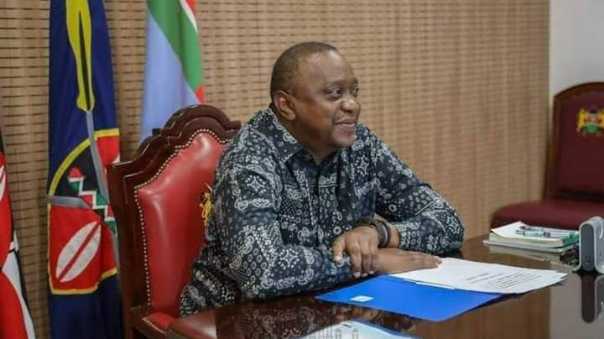 President Uhuru Kenyatta has praised Kenya's economic growth, which he says has doubled in eight years despite the challenges posed by the Covid-19 disaster.

According to the national leader, Kenya is the sixth richest country in Africa, thanks to a massive investment that has increased gross domestic product from 4.74 trillion shillings in 2013 to 11 trillion shillings this year. He also spoke about road development and the growth of the manufacturing sector.

Among the investments that have been implemented include the construction of 10,500 kilometers of roads and the connection of steam to 6.4 million homes across the country.

President Kenyatta cited the construction of a modern railway as a major change in the transportation sector, with the Madaraka Express train transporting 6,495,027 passengers and 17.6 million tons of cargo from 1 November 2021.

The president also spoke about the economic strategies devised by the government to address the challenges posed by the COVID-19 disaster and said the move helped reduce the impact of COVID-19 on the economy.

In addition, the national leader said for the first time in the Kenya Revenue Authority (KRA), it exceeded its tax collection estimates despite the challenges posed by the COVID-19 disaster.

"I would like to point out the best performance of the KRA in the KRA, not only during this Covid-19 disaster, but in the last eight years of my administration. In that eight-year period, KRA has collected 10.8 trillion shillings, ”said the President.