Raila Odinga Was Addressing an Empty Stadium in Kasarani, According to Miguna Miguna, Who Claims the Old Guy Has Lost Appeal 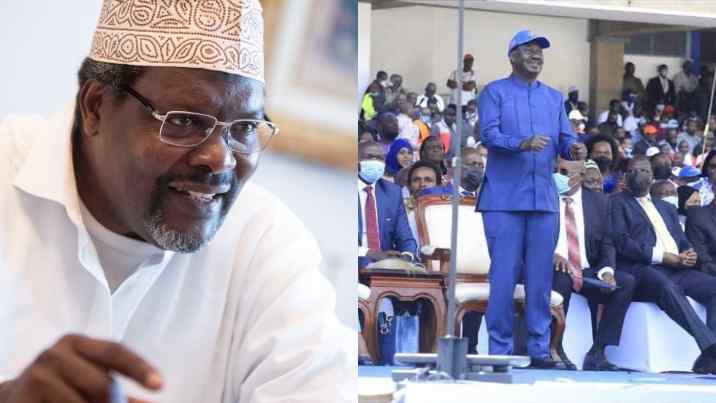 Raila, 76, officially announced his candidacy during a colorful event attended by ODM delegates from around the country, saying he is the best-positioned contender to succeed President Uhuru Kenyatta in 2022.

However, Miguna Miguna, who is still in exile in Canada, criticized Raila Odinga's statement, claiming that the 'conman' was speaking to an empty stadium because of his declining popularity.

“’Wow! Check out how "packed" @RailaOdinga's Kasarani stadium was.

"THUNDEROUSLY!" exclaims the conman. On his Twitter page, Miguna stated.

Miguna is one of the Kenyans that oppose Raila Odinga's presidential election in 2022.

According to Miguna Miguna, this is a photo of Raila Odinga addressing an empty stadium. 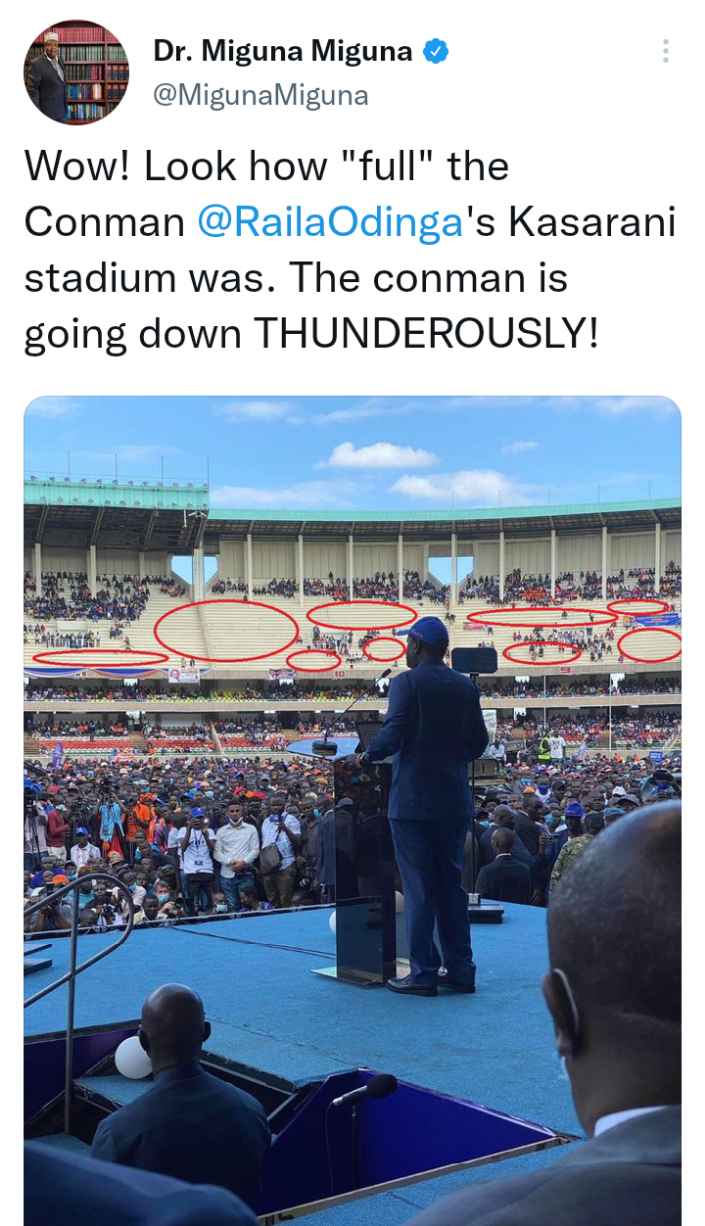