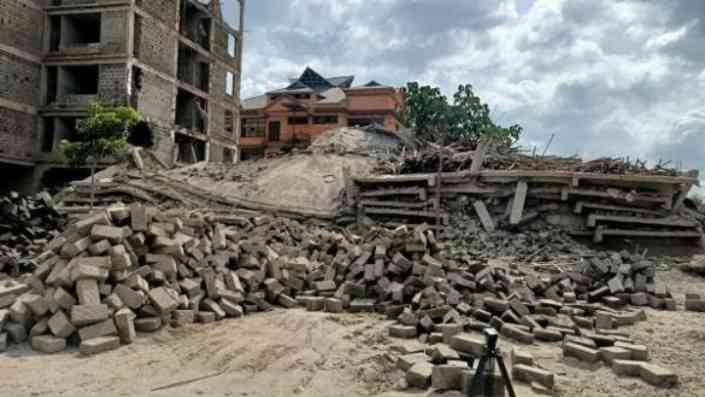 One individual recovered from the rubble three days later a four-story working at Sunstar Hotel in Murang'a County imploded, has kicked the bucket in clinic.

The survivor had been raced to the Thika Level 5 emergency clinic for particular clinical consideration when he capitulated to wounds.

Talking during a site visit on Sunday, December 19, Transport, Infrastructure, Housing and Urban Development Cabinet Secretary James Macharia expressed that three people were yet to be represented.

He was, nonetheless, hopeful that the activities would be finished by the end of business on Sunday, December 19.

Further, the CS lamented the episode, cautioning engineers against a rehash of such an occurrence.

"We won't have any desire to have a repeat of this sort of occurrence since it nullifies all the great work which has been finished...

"Insatiability ought not be the deciding component that you need to assemble rapidly so you can begin getting returns, it ought to be the security of individuals who are developing the structure and individuals who will utilize it whenever it is finished," Macharia expressed.

Furthermore, the CS declared that the structure nearby the fell one would likewise be crushed.

"The Directorate of Criminal Investigations (DCI) is as of now chasing down every one of the experts concerned, both at the National government and at the district level," Macharia expressed.

The four-story building imploded on Friday, December 17, at around 1:40 pm while development was continuous.