The Government Allocate 25 Billion Shillings in Response to the Drought 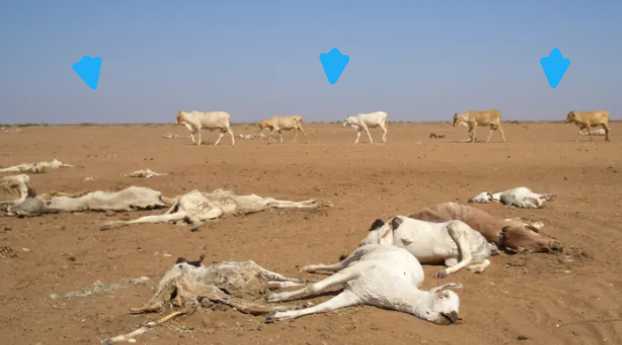 Speaking on Tuesday during a state of the nation address in parliament, President Kenyatta said more than 25 billion shillings had been set aside to protect Kenyans since the drought was declared a national catastrophe.

"We are determined despite the effects of the drought, to ensure that no Kenyan dies of starvation," he said.

The President acknowledged that the drought had been a major challenge in the previous administration, noting that efforts to find more resources were ongoing.

"Food prices have skyrocketed with two kilos of maize flour selling for between 95 shillings and 105 shillings. As a result, 2.1 million Kenyans in arid areas need help," said President Kenyatta.

In addition, the President said the government has launched a social program to address drought preparedness through national and county government aids as well as development partners, to improve the lives of the poor through improved income.

"When we were dealing with the drought, we started a government program to buy livestock, and help the affected people through a mobile money transfer system, instead of the system where they needed to queue for food aid," he said.