Two More People Have Been Evacuated From the Abimbo Mines 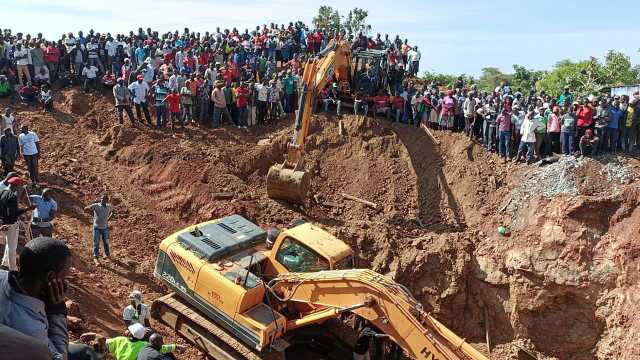 Two of the eight people trapped in the Abimbo gold mines in the South Sakwa ward of Bondo sub-county have been evacuated from the 500-foot mine.

Bondo deputy county commissioner Richard Karani has confirmed that one person was rescued alive while another was found dead. His body was taken to Bondo Hospital mortuary.

A miner found alive has been treated and released from hospital.

The two were rescued early Saturday morning following a rescue operation led by a group of Red Cross officials and the Siaya county government.

A clerk who called for calm said efforts to rescue the remaining six miners were ongoing.

Siaya County Senator James Orengo visited the area and stressed the need for a national disaster response team to improve its services to avoid such incidents in the near future.

Local officials have called on the county government to remove bills and hospital bills for affected families.