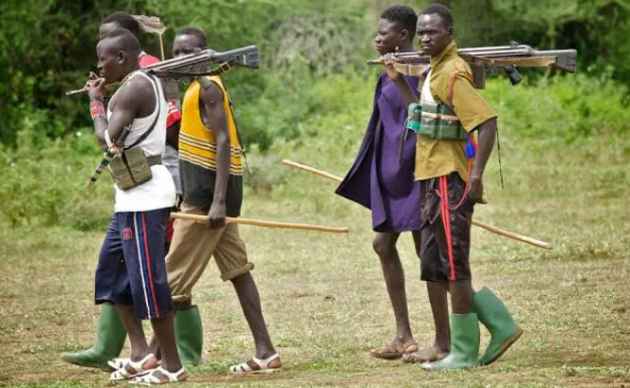 Two more people have been killed in a shooting in Elgeyo-Marakwet county in two separate incidents.

In the first case in the Arror section while the second was killed in Kasagat section by suspected cattle rustlers who fled to the border section of Baringo and Elgeyo Marakwet counties with an unknown number of livestock.

The killings came less than 24 hours after the funeral of 4 people killed in a shooting last week.

The two have brought to 10 the number of people killed in the area in the past one month.

The attackers reportedly stormed the Chemoi area, Baringo north where they disappeared with about 100 cattle as they fired shots into the air causing residents to flee to safety.

The attackers fled the Kipkor ward of Tiaty constituency along with stolen livestock.

Speaking during a Sunday service in Mumol, Kabarnet, senator Elgeyo Marakwet Kipchumba Murkomen blamed the government for the deteriorating security situation in the Kerio area.

He urged the government to address the issue of insecurity in the area.