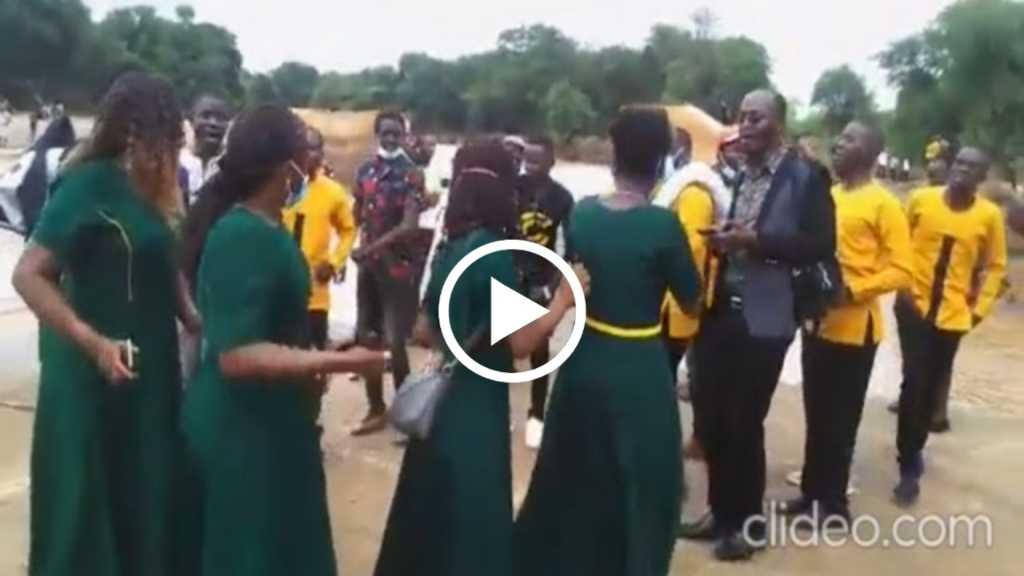 The final moments of members of the Mwingi Catholic Church choir who perished when their bus plummeted into the Enziu River in Kitui County's Mwingi East district have been captured on camera.
The choir members, who were on their way to a wedding, can be seen dancing and singing in a circle on the banks of the Enziu River just before boarding the bus in the video.
As the crew waited for the water levels to drop before crossing, the ladies in green costumes were joined by their male counterparts in singing.
Unfortunately, this was also the last time several of the choir members were seen alive, when their bus plummeted into the Enziu River while crossing, killing 23 people.
As the rising water engulfed the whole bus, people stood powerless.
Divers went into the river to save the people trapped in the bus, causing screams and wails to be heard.
Following the horrific occurrence, 23 persons were confirmed deceased.
The event was verified by Mwingi East Sub County Police Commander Joseph Yakan, who also said that 10 additional persons were rescued and are receiving first aid.
Watch their final moments video below.
Tags
Features News Videos Viral
Related Article