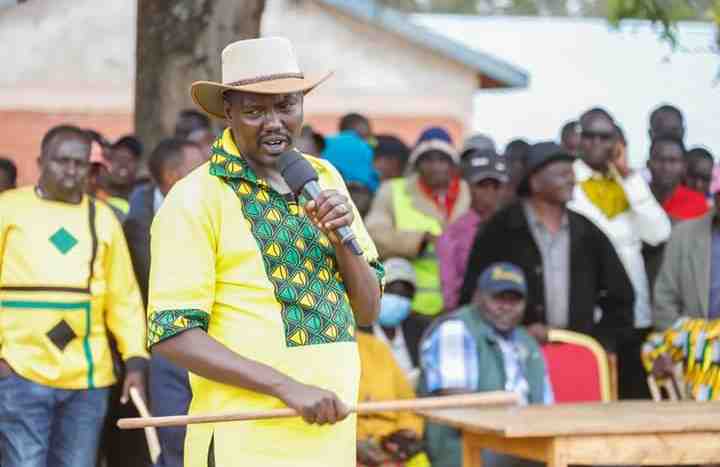 Uasin Gishu Governor Jackson Mandago has altered his perspective over the stoning of ODM Leader Raila Odinga and the resulting obliteration of his chopper last Friday during the internment of Mzee Jackson Kibor in Uasin Gishu County.

Talking during a meeting, Mandago guaranteed that he didn't know that the ODM pioneer would go to the occasion until he showed up at 5:30 p.m.

This comes even as Mandago had before affirmed that he had given transport to Raila and his escort by profiting his vehicle on that very day Baba was stoned.

"I didn't know that Raila was coming to the internment of Jackson Kibor until around 5:30 p.m. at the point when I saw two helicopters coming and I was educated that it was the previous Prime Minister."

"We didn't realize that there was any young who planned to pelt stones to the helicopter of fair Raila Odinga," he made sense of.

Whenever nailed down on whether he found out about Raila's participation from Dennis Onsarigo's tweet the earlier day, he contended that he is certainly not a functioning individual from the stage.

During the meeting, the lead representative likewise denied charges that a segment of pioneers from the locale might have participated in the preparation and execution of the assault on Raila Odinga.

"I've been the Governor in this district and I am going to the tenth year. I know pioneers in this area well overall. I can see you none of these pioneers have any aim or creative mind in arranging any savagery against any political applicant in this region," he added.

This comes as DCI is nearer to getting to reality behind Raila's stoning.

Three pioneers, including Oscar Sudi (MP Kapseret) and his Soy partner, Caleb Kositany, have previously been addressed over the occurrence.

Different suspects who were captured are confronting an endeavored murder allegation.