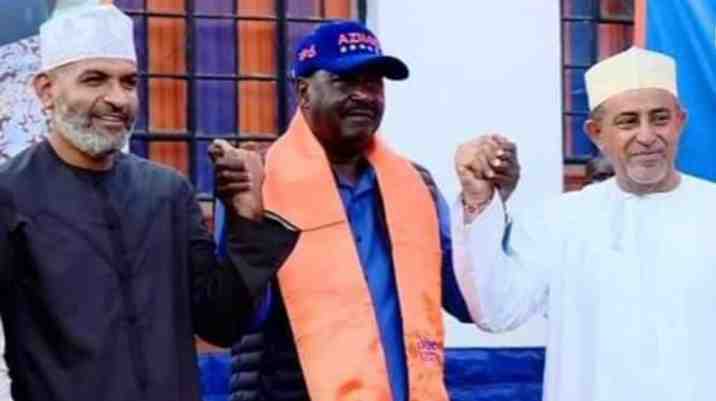 ODM leader Raila Odinga, who is also running for the presidency on a ticket to the Unity Declaration, One Kenya, has approved Mvita MP Abdulswamad Shariff Nassir as Mombasa County governor.

Raila congratulated businessman Suleiman Shabhal on his withdrawal from the race, calling it a brave and loyal party.

The Mvita MP will now face Mike Sonko, who has also been approved by the Wiper party for the post, and Hassan Omar, who will run for the United Democratic Alliance UDA.