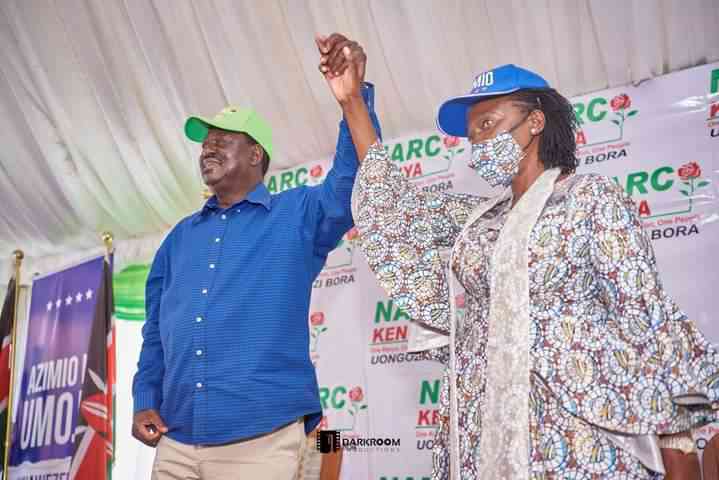 Raila Odinga, a candidate for the presidency through a coalition of the United One Kenya Declaration, will nominate NARC Kenya leader Martha Karua as his running mate in the August 9 general election, according to political analyst Mutahi Ngunyi.

With tensions in the coalition over who will be Raila's running mate, Ngunyi predicts that the ODM leader will elect Karua for the post.

Ngunyi, who has come out in academia to show his support for Raila Odinga's candidacy for the presidency in the next general election, and who is widely believed to be aware of what is going on in the UN Declaration, has indicated that the issue of electing Karua to be an aide to the former prime minister.

"The decision has been reached: Martha Karua is Raila's running mate. I said so in June 2021. What I saw back then has not changed. It's him. The end of the talks, ”Ngunyi said via his twitter account on Monday night.

Ngunyi also appeared to thank Kitui County Governor Charity Ngilu, for his role in ensuring Karua gets the post that many political dignitaries have been spitting on.

On Monday, Ngilu led some women to support Raila Odinga in nominating Martha Karua as his running mate. According to Ngilu, the famous Martha Karua aka Mama Rainbow, Karua will help her garner women's support in the upcoming general elections.

Also vying for the post of co-candidate in the Declaration coalition are Machakos County Governor Alfred Mutua of the Chap Chap development party which is a subsidiary of the Union Declaration, One Kenya.