A MZUNGU attacked by thugs, robbed, and injured in the leafy suburbs of Nairobi - He was left writhing in pain by the roadside (Watch Videos) 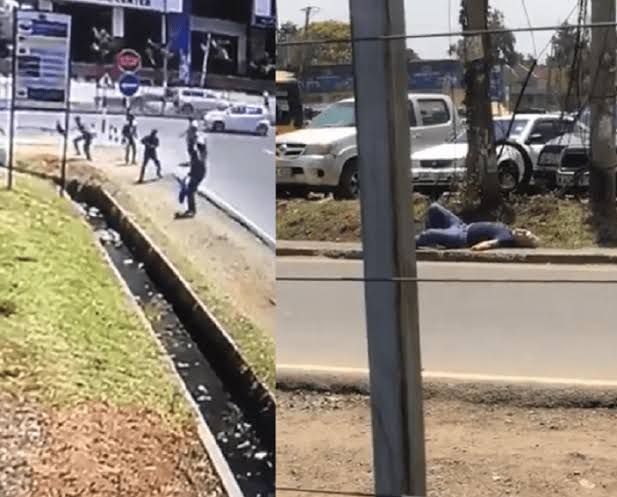 An outsider is the most recent survivor of rising uncertainty in Nairobi after he was greeted by motorbike-riding hooligans in the verdant rural areas and denied of his own things.

The casualty was stood up to by the savage and trying hooligans as he was strolling along a bustling street.

He attempted to oppose however he was overwhelmed by the group prior to being burglarized clean.

He was harmed during the showdown and left for dead as the hooligans got away from in a motorbike.

Great Samaritans found him lying by the side of the road while squirming excruciatingly and took him to the clinic.

The episodes come after the Bureau supported the organization of specific units from the GSU and RDU to annihilate flooding wrongdoing in Nairobi.

This is essential for the different strategy mediations that were supported during the last week's Bureau meeting led by President William Ruto.

The Public Police Administration early this week delivered a rundown of wrongdoing areas of interest in Nairobi, advance notice the general population to keep away from them.

In a report on Monday, the NPS said their information laid out that the lawbreakers are focusing on all people, neighborhoods and organizations including MPesa shops.

It likewise showed that individuals were being robbed both during the day and around evening time.

Watch recordings of the outsider being gone after.