Mike Sonko Offers Ksh 100,000 to Anyone Who Can Provide the Following Details 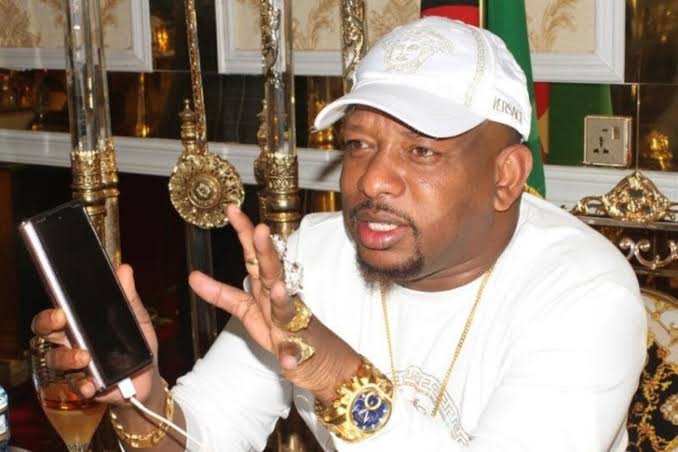 Mike Sonko, a former governor of Nairobi, has offered a reward of Ksh 100,000 to anyone who comes forward with information that might result in the capture of three dishonest directors of Lariak Properties Limited.

After being charged with malicious property damage and robbery with violence following the forcible eviction of an Asian couple from their Westlands home where they had resided for 46 years, Samuel Chepkwony, John Rotich, and Joel Kiplangat did not show up in court.

After the three directors skipped court on November 14, detectives were able to secure an arrest order for them.

A reward of Ksh 100,000 has been offered by Sonko to anyone who provides information that might result in their capture.

What he posted was this. 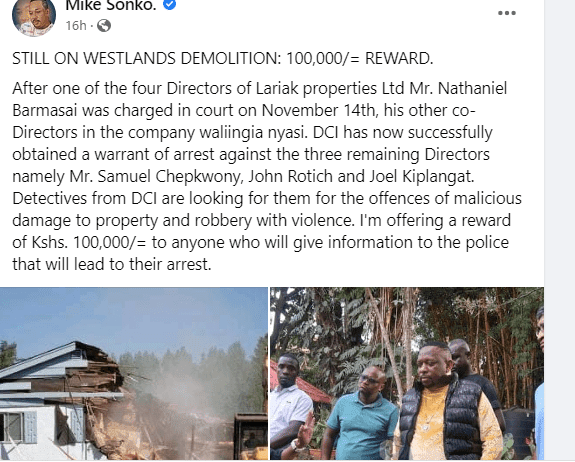