The detained members of the disbanded DCI SSU now dare IG KOOME to promptly collect their DNA samples, as the court has instructed - Look! 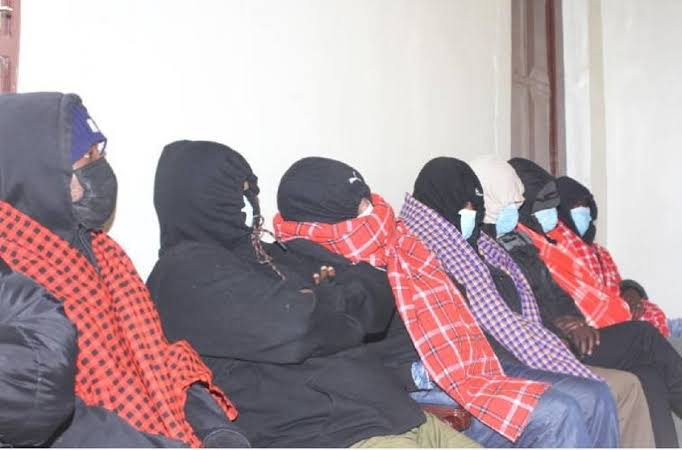 The detained members of the Special Service Unit (SSU) of the disbanded Directorate of Criminal Investigation (DCI) are contacting the Inspector General of Police, Japhet Koome, to make certain that the court order to collect their DNA sample is carried out.

The officials have been in guardianship for 32 days since their capture and are presently crying foul over the sluggish speed of examinations.

The nine officers claimed, through their lawyers, that despite a court order requiring the start of investigations into the July kidnapping of two Indians—Mohamed Kidwai, Zulfiqar Khan, and Nicodemus Mwange, their driver—investigations have not begun.

The nine detainees spoke to the media yesterday and stated, "They have had over one month to date and they are yet to escort our clients to the laboratories as ordered by the court."

"We would like to remind the Internal Affairs Unit that the public is extremely eager to receive the results and outcome of what happened during the forensic examination," the statement reads.

The nine pleaded with the IG of police and the forensic investigators to refrain from holding the entire nation hostage.

Lawyer Danstan Omari, speaking on behalf of the officers, informed the media that the nine will now be taken to the government chemist for DNA sampling instead of the forensic examination.

"This is in opposition to the court request," legal advisor Omari noted.

Omari stated to the media, "We wrote back to the state that our clients will not set foot at the government chemist unless there is a review of that order by a court of competent jurisdiction."

The SSU was disbanded by President William Ruto shortly after their arrest, who insisted that no police officers should be involved in the deaths or forced disappearances of suspects.