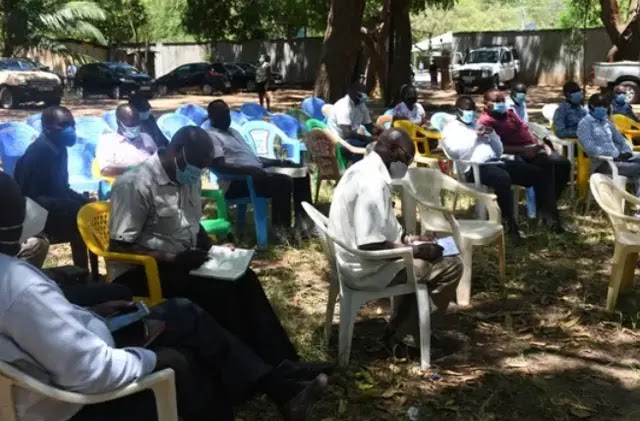 More than 34,000 land titles have not been taken over by the land registry offices in Kilifi County as land officials in the county are working to ensure that all land is registered.

The county’s land registry officer, Stella Kinyua, told a meeting of the county committee on implementation and participation organized in Kilifi that 34,000 land titles had been completed but not taken over by themselves.

According to the official, the title deed could not be sent to him personally through state administration officials as other documents are handled, given its importance and that they themselves should take it personally.

“The number of those who come to our offices to pick up the receipts is staggering, as we receive two to five people a day. “Some of the owners of these documents have passed away and none of their relatives have applied for advice on approving the property,” said Kinyua.

Kinyua revealed that Ganze sub-county leads with 5,688 unclaimed land titles followed by Malindi with 3,652 deeds and Rabai with 3,313 deeds.

Regarding the installation of a digital system in the land registry, the official said the plan would be implemented in phases, starting in Nairobi and then in other parts of the country.