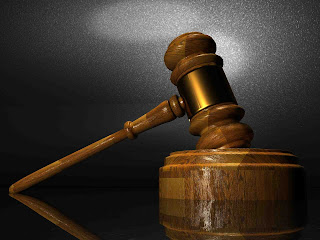 Siaya High Court has sentenced a 35-year-old man to life in prison for sexually abusing a two-year-old baby girl.

Simon Oduor Oloo was charged with the offense on November 18, 2019 in Malanga village in Gem sub-county.

In his testimony, the victim told the court that on November 18, 2019, the accused persuaded him to march to his home after buying him a banana.

Oduor told the girl that he wanted them to be friends and that after that he directed her to join him in bed and then defiled her.

One of the prosecution witnesses told the court that while he was playing with his friend, the victim went and told him that ‘Bier’ (as the accused was known), had bought him mandazi and bananas and then defiled him at his home when his mother was not around.

After committing the shame the accused warned the victim not to reveal to anyone what had happened.

The witness informed the victim’s mother who on November 20, 2019, reported the matter to Yala Police Station after further questioning her daughter.

The little girl was later taken to hospital for a check-up that confirmed she had been sexually abused.

As a result, the victim’s mother asked the court to sentence the accused to life imprisonment for fear he might abuse another child.

However, when the accused appeared before Judge Muthoni Mwangi, he denied the allegations claiming that he was being harassed by the victim’s mother over land issues.

Delivering the verdict, Judge Muthoni Mwangi, noted that the accused had a bad reputation from the community and was reported to be a violent man.

He also noted that cases of pollution are rampant in the community and hopes that the life sentence imposed will send a strong message to other people in the community to prevent the perpetrators of such crimes from inflicting child abuse on children.