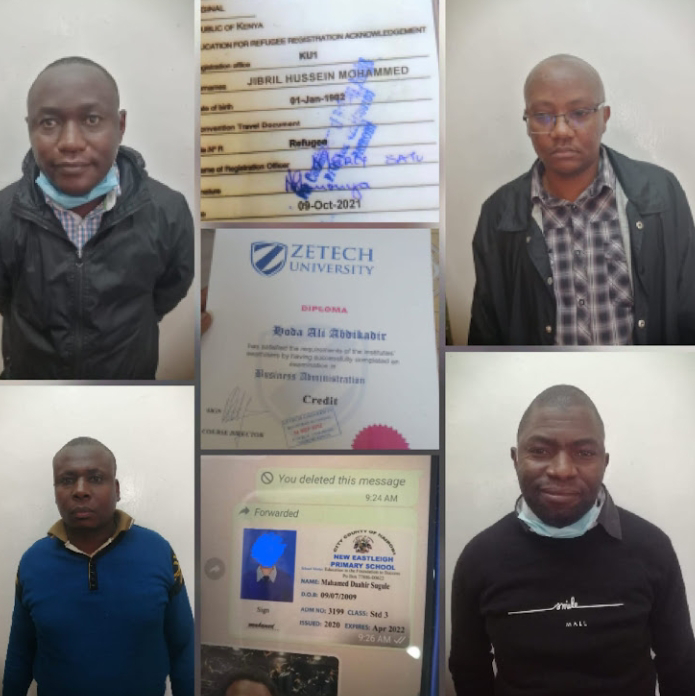 Six men have been arrested for forging government documents and fake certificates.

The six were arrested on Tuesday in Nairobi’s Eastleigh neighborhood where they have been operating.
DCI officials have reported that the suspects have been paid to forge documents including national identity cards, refugee IDs, academic certificates and other important documents.
Some of the fake documents that had already been found at the scene when the operation to apprehend the suspects were carried out by cybercrime detectives.
Computers that have been used to carry out such crimes have also been found and are being barred from being used as evidence in court.
DCI George Kinoti has warned citizens against engaging in the illicit business of making fake documents while explaining that it endangers the safety of citizens.