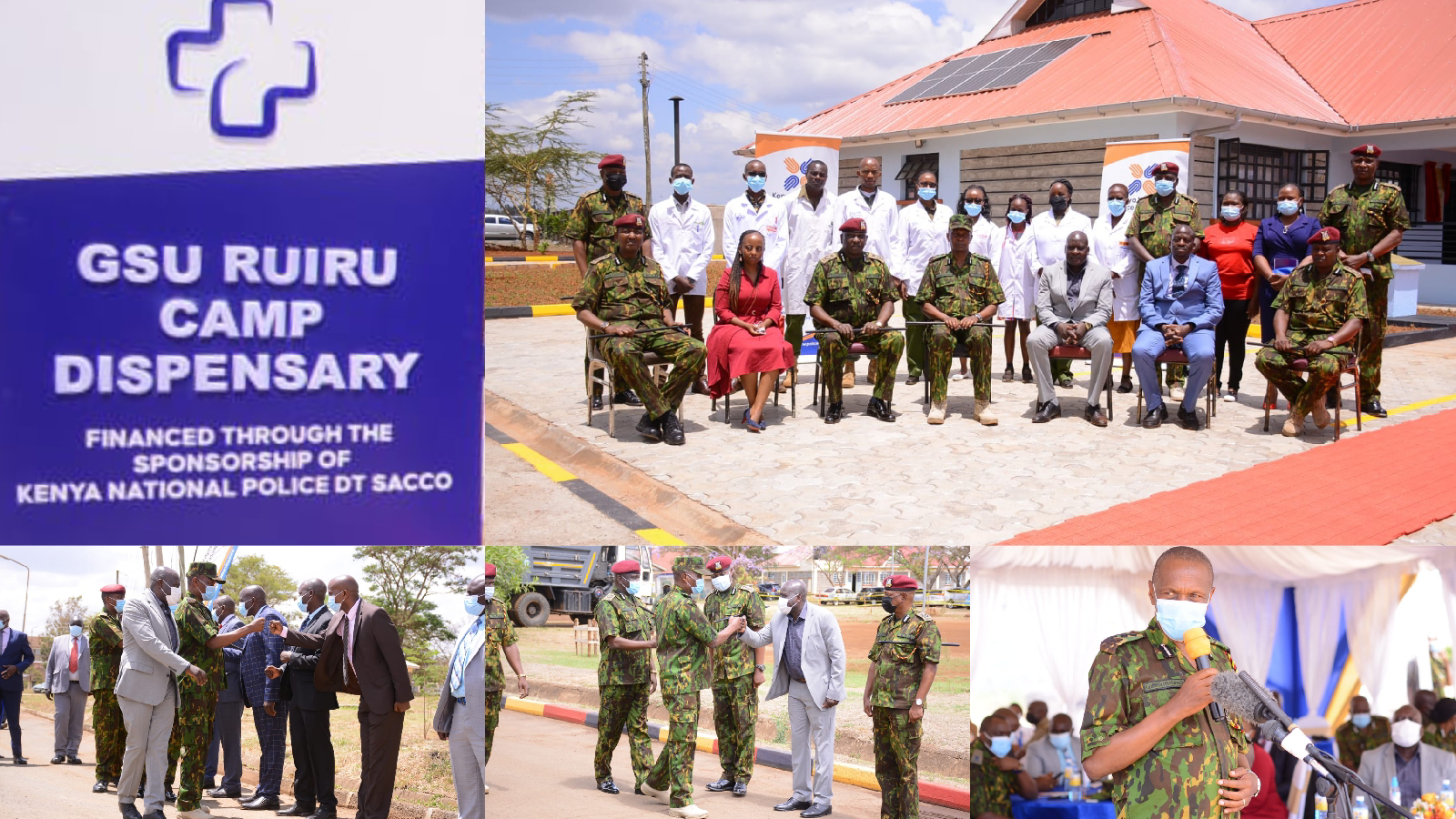 Deputy Inspector General of Police Edward Mbugua, has urged police officers to embrace the investment while on duty.

According to Mbugua, investment will play an important role in their lives once they retire, while urging them to keep their priorities in order.
The Deputy Inspector General of Police said this on Wednesday when he officially opened the GSU officers’ health center’s Recce unit, at the Recce headquarters in Ruiru. The health center was built by the national police service savings and credit agency.
“I commend the savings and credit bureau for the police for building the health center. This health facility will serve police officers before being referred elsewhere, ”said Mbugua.
The organisation’s chairman David Mategwa, the center, will serve GSU officials based at Recce headquarters as well as the surrounding community.
“Many people consider police officers to be bad people, because they are not aware of such projects. We have upgraded this health facility, to serve not only police officers but also the community at large, ”said the chairman.
Mategwa commended the health ministry and the Kiambu County government for their support, hoping it would send more health workers to the center.
GSU squad commander Douglas Kanja, said the health facility was built in just four months and commended the Recce squad commander Ruiri unit for its commitment to the project.
He said the original health center served 36,000 patients a year, suggesting that the number could increase following the construction of the new facility.