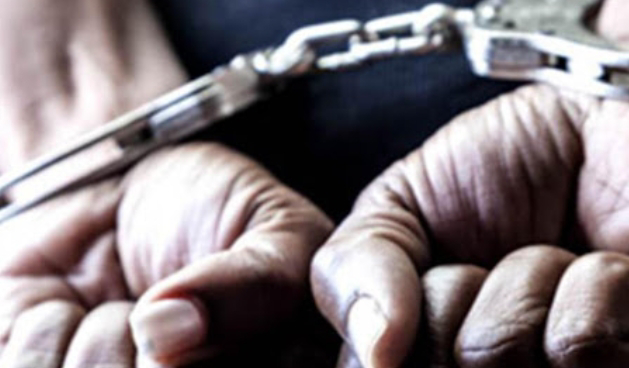 Police from Murang’a station are detaining a relative who allegedly stole a phone and then tried to resell it.

Athman Karim Kori 36, was arrested on Saturday evening while trying to sell a phone he had shared with another relative to steal.
According to DCI, Athman and a colleague attacked Harrison Kuria on his way home from Mumbi Street and then robbed him of his phone and the 5200 shillings he was carrying.
The two were armed with fake pistols which they used to threaten the victim so that they could carry out the crime.
An hour later, Athman reportedly approached a shopkeeper and asked him if he had bought the phone without realizing he had heard Kuria complaining that his phone had been stolen.
The shopkeeper pretended to be satisfied with the call and tricked the suspect into waiting for him to take the money but went to inform Kuria that he had found the thief of his phone.
Kuria informed the police who arrived at the shop and arrested the suspect. The fake pistol that he has been using to carry out the crime was found.
The suspect is awaiting trial on Monday as police continue to search for his missing colleague.