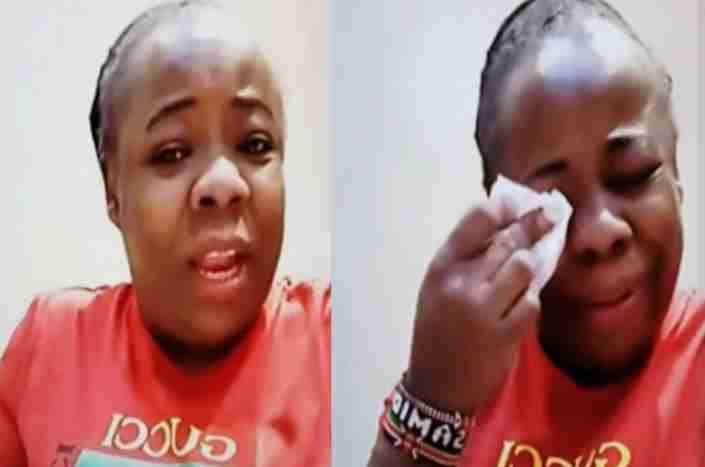 A woman who works as a househelp in Bahrain has painfully detailed how her Kikuyu boyfriend, Gachukia, conned her out of her life savings.

Gachukia, who poses as a motivational speaker on Facebook, is said to prey on desperate women, particularly single mothers with children who work abroad.

She first sent him Ksh 200,000 for a joint business venture, which he squandered and then claimed was used to care for his ailing mother.

Gachukia introduced her to fake parents when she arrived in the country and continued to waste her money while promising to marry her.

Despite all of the red flags, the woman returned to Bahrian and continued to send him money.

He devised yet another scheme to deceive the desperate woman, suggesting that they form a joint venture.

He asked her to send him goods worth Ksh 500,000 from Bahrain, which he was supposed to sell in Kenya for a profit, and she foolishly agreed. 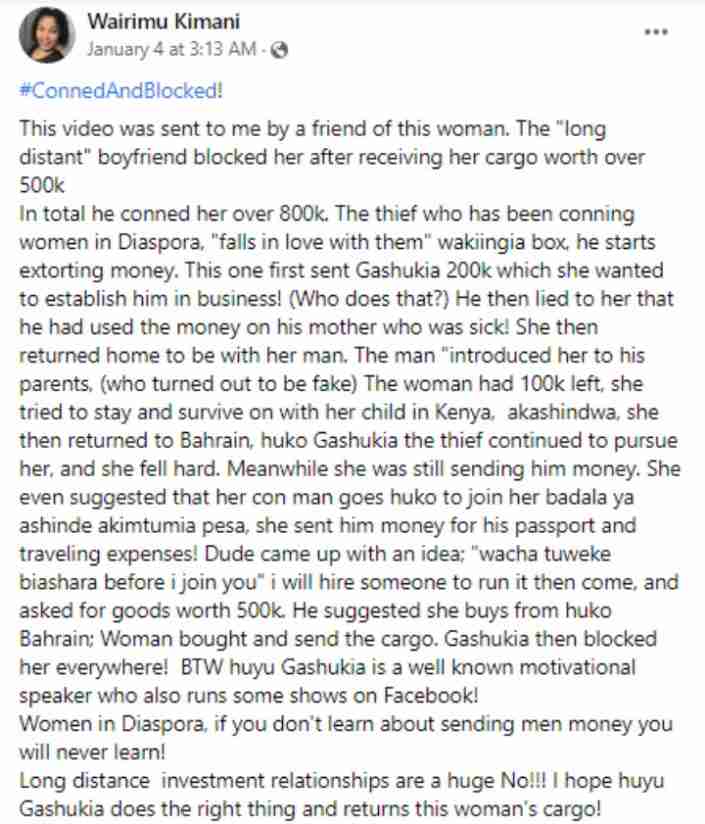 After receiving the goods, he cut off all communication with her and blocked her from all avenues.