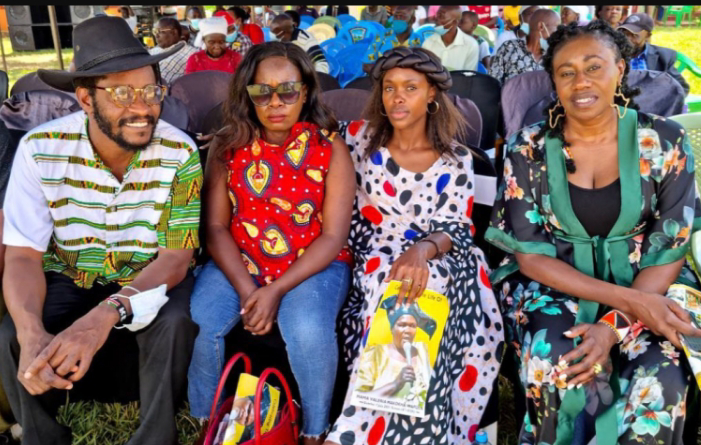 The body of the mother of actor Charles Bukeko who was known as Papa Shirandula was buried on Saturday 23 October this year 2021 in Nanderema village Busia County.

Actors who were working with the late Papa Shirandula attended the funeral of a friend whom they found through his son. Kenneth Gichoya popularly known as Njoro, Jackie Vike popularly known as Awinja, Jackline Nyamide or if you prefer Wilbroda and Mama Nyagothie whose real name is Mary Adhiambo attended the funeral of mother Valeria Makokha.
Jackie Vike posted a photo of them at the funeral and explained that in addition to honoring her and saying goodbye to her mother, they visited the grave of her colleague who passed away in June 2020.
Pope Shirandula is one of the most famous people in Kenya who has died in what is believed to be the Covid 19 plague, a global epidemic.
He fainted at home, his wife rushed him to the hospital but he died in a car in a Nairobi parking lot.
In June this year, the actors organized a memorial service for Pope Shirandula where some of them promised to help the Pope’s widow that they would help her pay for her children’s education.