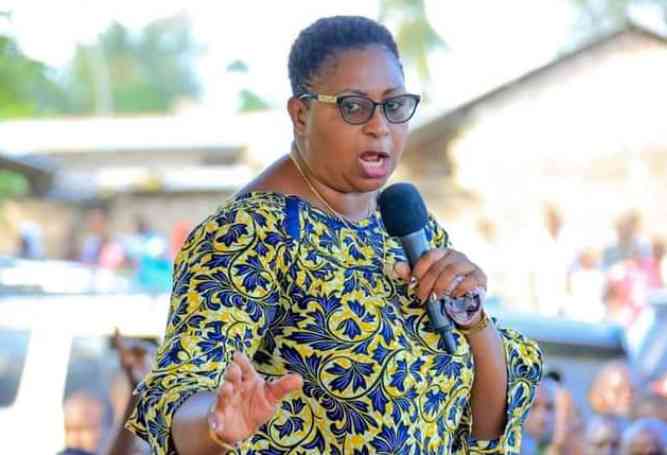 Aisha Jumwa, a Malindi MP, has addressed rumors about her divorce from her ex-husband.

In a recent interview, the William Ruto ally denied that she abandoned her husband, claiming that he gave her an ultimatum to choose between marriage and politics.

Jumwa, on the other hand, chose politics and decided to break their marriage.

“I was given the option of continuing my political career or continuing to be his wife, and I chose not to end my career,” she stated.

READ ALSO: I Made the Decision Not to End My Career – Aisha Jumwa Addresses Divorce Rumors

Jumwa said that she opted to take a vacation from marriage following her divorce, and that she is not responsible to any guy.

“I am not a wife to anybody, and I am not responsible to any guy on this planet.”

“When I became an MCA in Takaungu, the guy (her ex-husband) stated he couldn’t marry a politician,” she said.

Despite being divorced, Jumwa has indicated that she has a particular someone in her life, however she did not elaborate.

“Do I seem to you as someone who does not have a boyfriend in her life?” she inquired.

Jumwa and her accused boyfriend, Geoffrey Okuto, were charged with the murder of Raila Odinga supporter Ngumbao Jola in October 2020, however they pled not guilty.