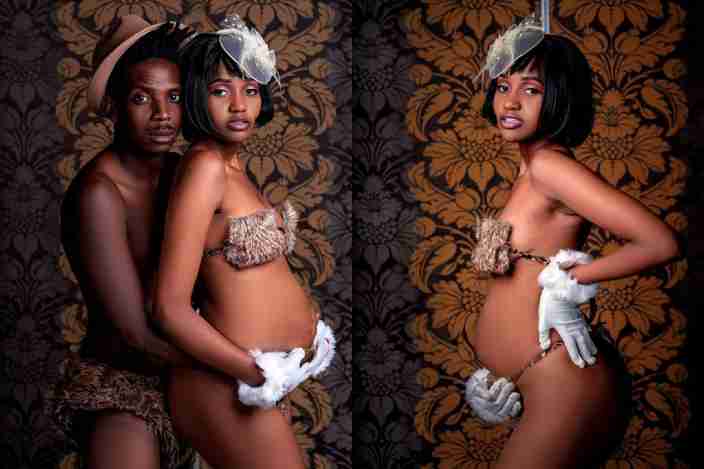 The comedian has announced that he impregnated musician Miss P and agrees to play as the next father. He posted pictures of herself being taken by the girl looking pregnant and wrote, “I met this beautiful woman at a party I was leading five months ago, what happened happened and I promised to be responsible in every way. Children are a blessing from God. ”

Miss P has not said anything about Eric Omondi’s announcement. The two have been seen together for some time now and their first photos together were posted on Instagram by Eric Omondi about three weeks ago and at that time Miss P did not appear to be pregnant.
Eric’s announcement comes just days after the completion of the third phase of the Wife Material show where he chose South Sudanese model Monica Ayen as his wife.
She promised to marry him and that she was preparing to travel to their home in South Sudan to meet her parents to start the marriage process.
Miss P hit the headlines in September this year when she claimed that her former superintendent Willy Paul who owns Saldido records sexually abused her. She left the Saldido company and changed her name from Miss Picassah to Miss Picante.