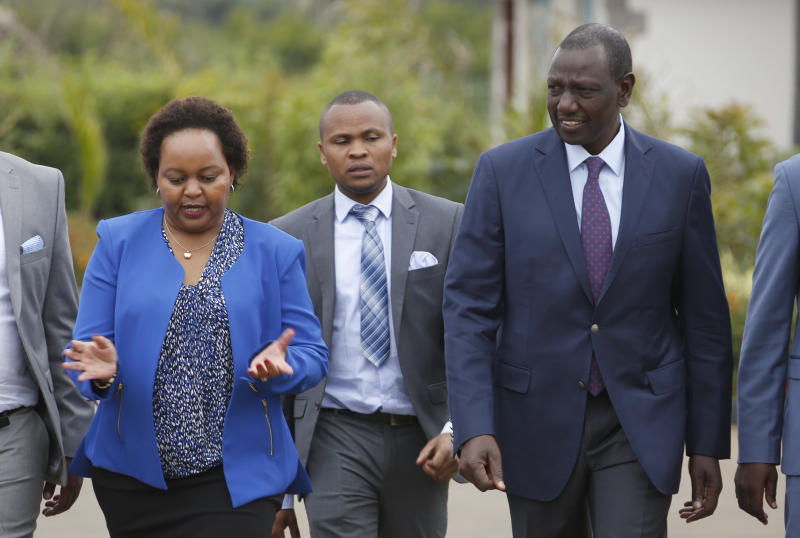 Deputy President Dr. William Ruto, has praised Kirinyaga County Governor Ann Waiguru’s move to disband the Jubilee party and join the UDA which he will use to run for governor.

Ruto has suggested that Waiguru’s move to join UDA, will boost his ambition to enter the palace in the 2022 general election.
“I am glad that you have made this decision where we will work together. You are most welcome. Here you are at home, ”said Ruto.
“You said you were waiting for this time. I tell you that even on the other side we have been waiting for this moment. Because we all knew this time would come, ”added Ruto.
The deputy president said it would be a huge loss in his political ambitions, if Waiguru did not join the hustler movement. He said he would not hide his excitement about Tuesday’s incident.
“We are one family, we have a history together, we have done a lot together. We have created a team that not only won the election, but has helped a lot to break the memorable record of serving Kenyans, ”said the deputy president.
According to Ruto, Waiguru’s move reveals that there are many more in the ruling party waiting to join the UDA.
“It takes courageous leaders to take serious action. Many choose to continue to accept things as they are, rather than take bold steps that will change their future, ”he explained Waiguru’s move to move to his camp.