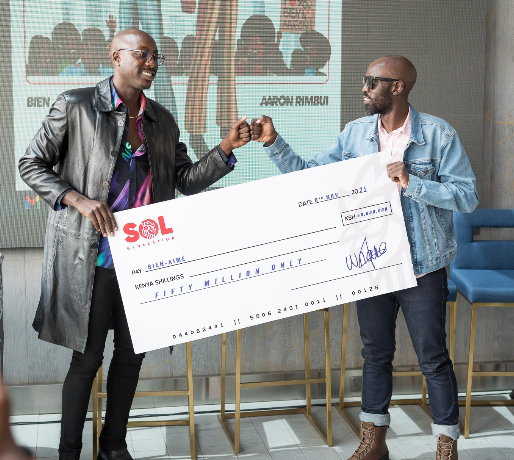 This is a new arrival after a huge success in his “Bald Men Anthem” album which recorded more than 1 million views three weeks ago on You tube.
Rimbui from another album on the album called “Mbwe Mbwe”.
The 50 million deal is for three years and will enable Bien to record records as well as his albums under Sol generation records.
Bien’s new album features five hits including “Mbwe Mbwe”, “Bald Men Anthem”, “Stamina”, “Coming Home” and “Reset Rewind”.