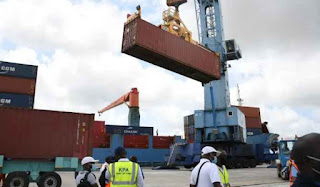 Officials from the DCI Criminal Investigation Department (DPA) have uncovered a scandal involving smuggling of goods and tax evasion involving senior officials of the KPA Port Authority at the Port of Mombasa.

According to an initial report following an investigation into the port of Mombasa between June and September, the officers discovered the scandal carried out by the port’s supervisors in collaboration with cargo importers and freight forwarders.

In a letter sent to the Minister of Finance on November 11, the DCI officials from the finance and cybercrime unit have named KPA port operations chief Sudi Mwasinago and acting chief executive officer Evans Akunav as the main suspects. that saga.

The DCI officials are now proposing the immediate dismissal of those managers until the investigation is completed.

The letter was signed by DCI chief investigating officer John Gachomo, and a copy was sent to the Minister of Transport and his Secretary, the secretary in the finance ministry and the acting director general of KPA in the country.

The letter warns that the continued service of the two officers will undermine investigative evidence.

“They are the main suspects and are responsible for the crime according to the available evidence. So far the two of them have had the opportunity to have the equipment we are investigating. Their presence is a great warning that the suspects will sabotage the evidence, ”Gachomo advised.

Following the disclosure, further investigations into the crime scene will also be carried out.