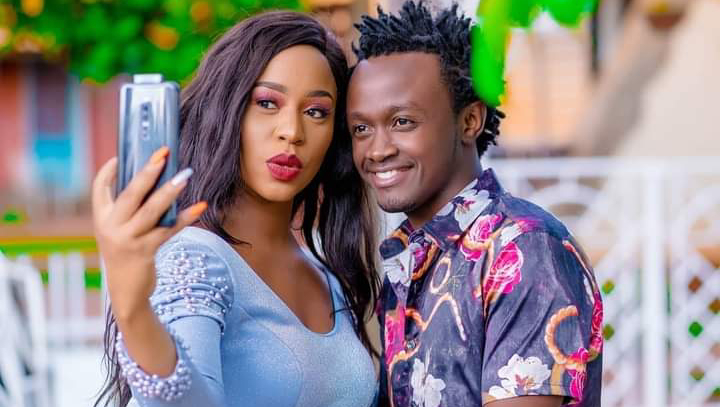 Musician Kelvin Bahati’s wife Diana Marua is now a musician. This is after she was announced by her husband via social media as her most recent artist. Bahati owns a music company known as EMB Records and Diana who has taken the stage name “Diana B” is the most recently registered artist.

After making his fans wait a long time saying he has a “Big Reveal” Bahati finally revealed to his wife Diana B at one of the concerts they were attending on Sunday 28 November this year 2021. He posted a video showing Diana entering the stage singing their song “Mtaachana tu ”Who has made a change i.e. remix.
Interviewed by reporters after the performance, Diana B stated that she was the one who wrote the lyrics of the song she sang and that she has many other songs that she has written and others that she has already recorded. He said he would continue his work of creating videos and posting them on YouTube while promoting his music. About entering the stage for the first time Diana B said that she was terrified because it was the first time but she gained confidence from how she was received by the fans.
The incentive to enter the music industry Diana B says it came from her husband who had been taking her to the studio to record and tried to fix her husband’s song “Mtaachana tu” and found out he really could.
The newest artist in Kenya has launched his debut album today and is known as “Hatutaachana”.