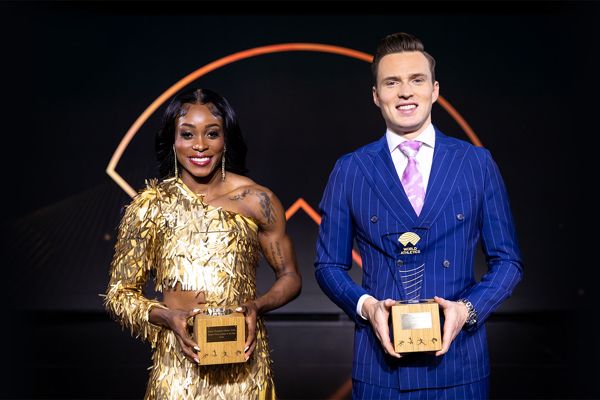 Olympic champions Elaine Thompson-Herah of Jamaica and Karsten Warholm of Norway are the best athletes of 2021, at an online event organized from Monaco France on Wednesday night.

Thompson-Herah retained the Olympic title in Tokyo Japan in the 100 meters, and in 2000 she grabbed another Jamaica team’s third gold medal in the 100-meter dash for four athletes.

He also recorded world speed in the 100 meters of 10 seconds 54 points and 21 seconds 53 points in 200 meters approaching the world record.

Athing Mu of the United States won the women’s junior athlete award after winning the Olympic 800m and Erriyon Knighton won the men’s world record for the under-20 teens in 19 seconds at 84 points.

The Costarica Athletics Federation won the federation of the year award with Qatar’s Mutaz Barshim and Gianmarco Tamberi from Italy receiving the best prize of the year.

Kenyans Faith Kipyegon, Olympic champion in the 1500 meters, Eliud Kipchoge, world champion in the 800 meters for young Emmanuel Wanyonyi were left in the lurch, with the Kenyan Athletics Association also missing out on the best federation unit of the year.