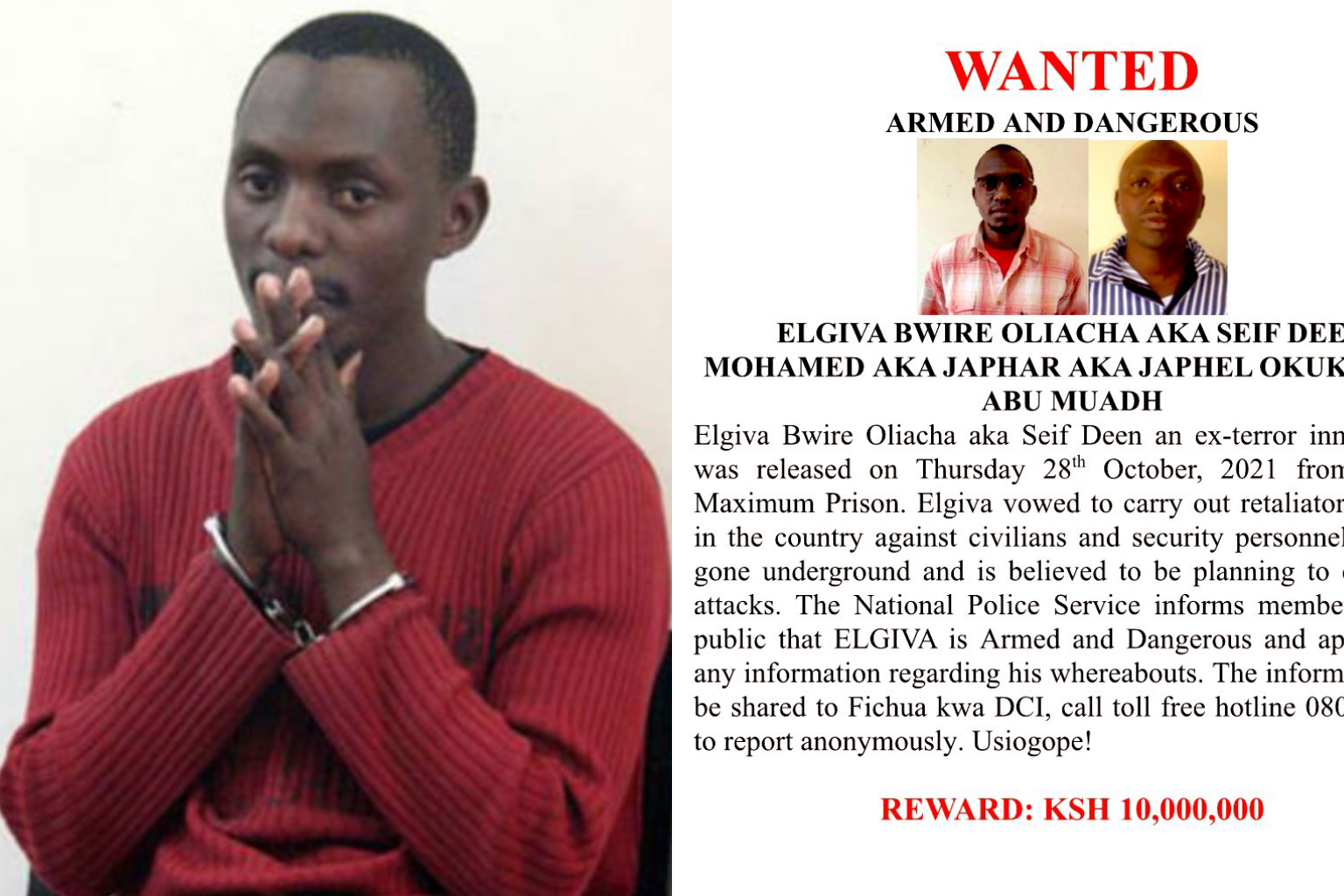 The country’s police service has announced the names of five terror suspects wanted along with a gift for anyone who will assist in the arrest of the suspects.

In a statement, the police service promised a financial reward to anyone who provided information that would help arrest Elgiva Bwire and four other terror suspects.
Police have promised a reward of ten million shillings for each suspect, anyone who provides information or facilitates the arrest of the suspects.
Police have also released photographs of the suspects Bwire known as Seif Deen, Trevor Ndwiga known as Idriss Jamal, Barigi Abdikadir Haila, Salim Rashid Mohamed known as Chotara Turki, as well as Muhammad Abubakar popularly known as Minshawary, who are said to be dangerous people. 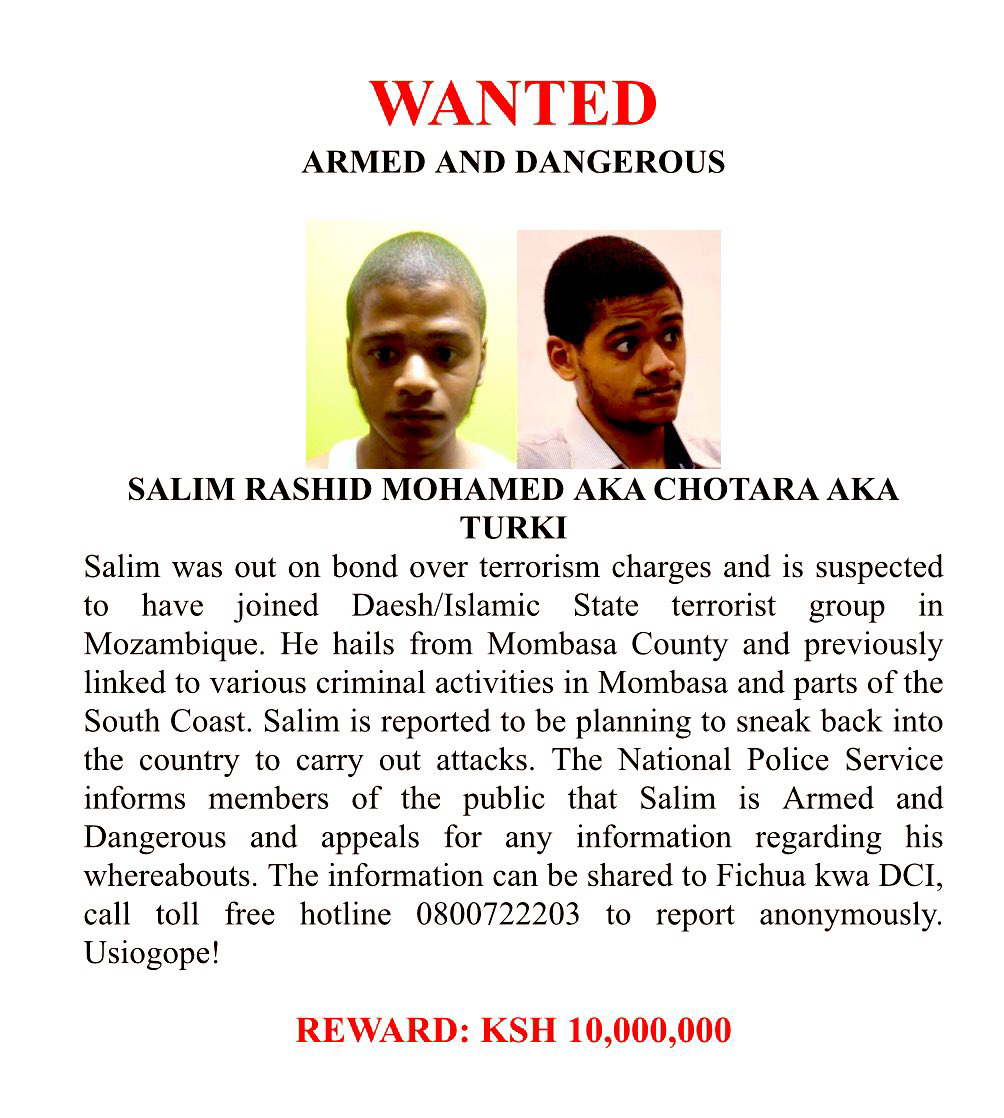 Salim Rashid Mohamed is Another wanted man who is armed and gangerous. /PHOTO CREDIT; TWITTER
According to intelligence sources, the five suspects are planning to enter the country and carry out terrorist attacks.
Police added that Bwire, who was released from prison last month along with three of his colleagues, were allies of al Shabaab.
Salim Rashid Mohamed popularly known as Chotara Turki, a native of Mombasa County has been linked to the Daesh Islamic State terrorist group in Mozambique.
Anyone with information about the suspects can contact security officials via 0800722203. 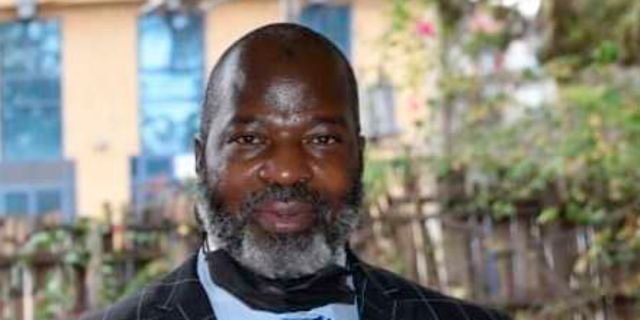