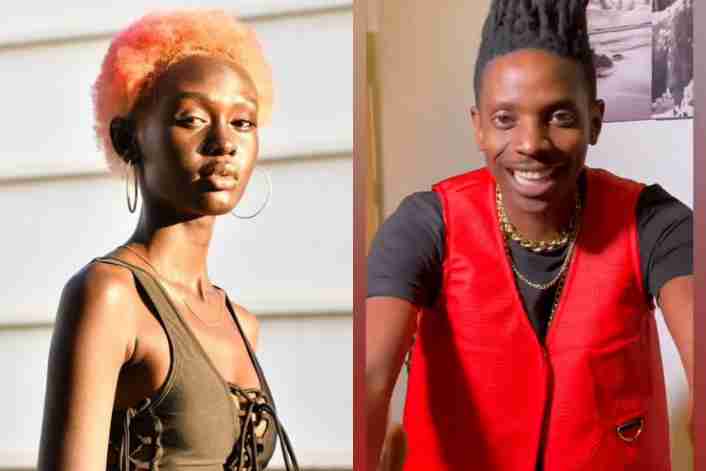 In an interview with Mungai Eve a few hours after announcing his decision to fire Omondi, Ayen accused the comedian of being a liar and said he could not tolerate his lies again.
Ayen said in the short time they have been together, Omondi has lied to him about countless things.
“Eric is a liar. He has lied about many things. How many times have I asked him when he is going to see my parents? He had promised me we would go to see my parents on Sunday because it was a Sabbath day but when he came he told me he had forgotten. I can’t stand it, “Ayen said.
ALSO READ; Eric who sought me out – Miss P Talks On Meeting Eric Omondi, Reveals All About Photoshop & Fake Baby Bump
The queen from South Sudan said Omondi made her violate many of my community’s traditions except that her donkeys’ gratitude was kicked.
“In the beginning you should not have a man before he goes to see the parents. I did not even introduce him to the parents at first and that is a bad thing. I joined Wife Material because he insisted I come. I feel I broke the tradition but he does not show gratitude. It hurts” Ayen wrote.
Ayen said although he knew the comedian loves women his expectations were that he would show her respect.
He said the thing that irritated him the most until he lost hope and their marriage was a drama that unfolded between Omondi and his baby mother Jackie Maribe.
Ayen explained that Omondi never disclosed that he was a father despite having previously asked him if he had a wife and children.
“His dramas with baby mama made me even angrier. At first he didn’t even tell me he had a baby. I asked him many times, at the show we were talking. I asked him if he had a wife and kids and he said no, maybe he was too young to have a family. He apologized, claiming that he was planning to tell me, ” she added.
Ayen said while the dramas were going on he advised Omondi to stop interacting with Maribe online as the act was not good.
ALSO READ; Alinipea Akakataa Nisimwage Ndani – Eric Omondi Acknowledges Miss P’s Pregnancy
He said that the fake pregnancy that Omondi claimed to be Miss P’s did not bother her as the comedian had already told her that it was just kiki they were looking for.
Although he vowed he could not reconcile with the comedian, Ayen said he was not happy with their separation.