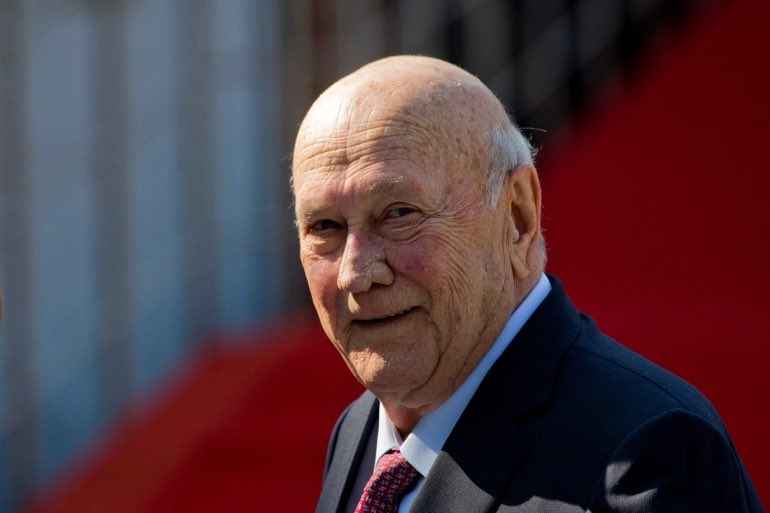 The funeral of former white South African President Frederik Willem (FW) de Klerk, who died on Thursday last week at the age of 85, will be held on November 21, 2021, according to a statement from his convener.

De Klerk, who has been praised from all corners of the globe for his role in overthrowing apartheid, and for sharing the Nobel Peace Prize with Nelson Mandela in 1993, has left a lasting impression on many following his death.

The country’s black citizens, however, were outraged by the steps he took during the apartheid era, and his failure to end the political violence in the 1994 first democratic general election.

“The FW de Klerk Foundation would like to announce that its funeral will be held on November 21, 2021,” the statement said.

He initially refused to apologize, saying last year that he did not believe racism was a crime against humanity. On the other hand he angered black citizens who called him a traitor by ending the apartheid regime.

Opinions on De Klerk’s death from various world leaders highlighted the historical challenges he faced, being a major ally in the oppressive regime but also determined to end it.

For others, the death signifies a new chapter in South Africa.