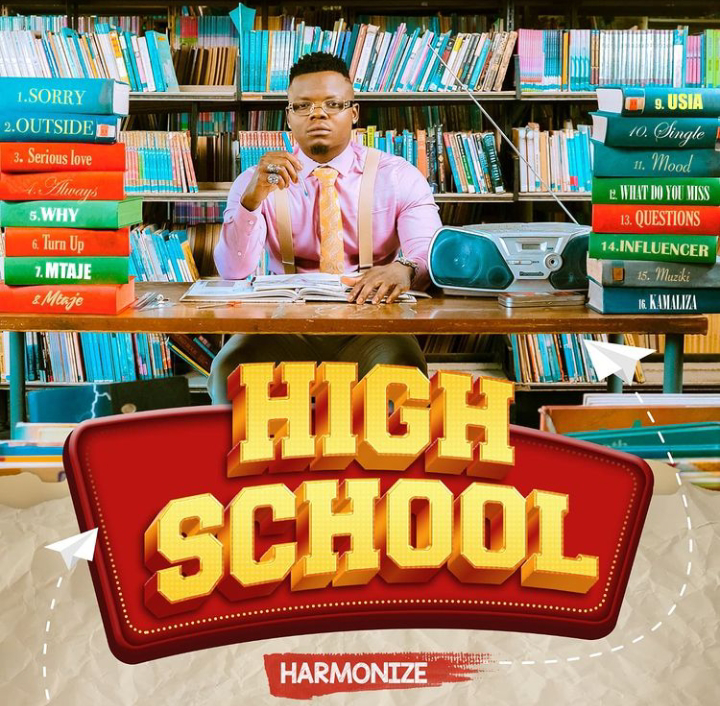 Tanzania’s Bongo Fleva musician Harmonize is the latest musician to announce the arrival of a new album after Ali Kiba released his single “Only One King” a few days ago.

The owner of Konde Music or Konde Gang is planning to release an album titled “High School” which will feature 20 songs.
Songs on the album which will be second from Harmonize include ‘Sorry’, ‘Outside’, ‘Serious love’, ‘Always’, ‘Why’ which has included Sarkodie, ‘Turn Up’, ‘Mtaje’, ‘Usia’ , ‘Dunia’, ‘Mdomo’ sung by Ibraah, ‘Influencer’, ‘Mood’ sung by Naira Marley, ‘Single’, ‘What Do You Miss’ featuring Anjella, ‘I Cant Stop’, ‘One Question’ , ‘Sandakalawe’ who has sung with Busiswa, ‘Muziki’, ‘Kaliza’ who has sung with Sholo Mwamba and the last one is ‘Teacher’. 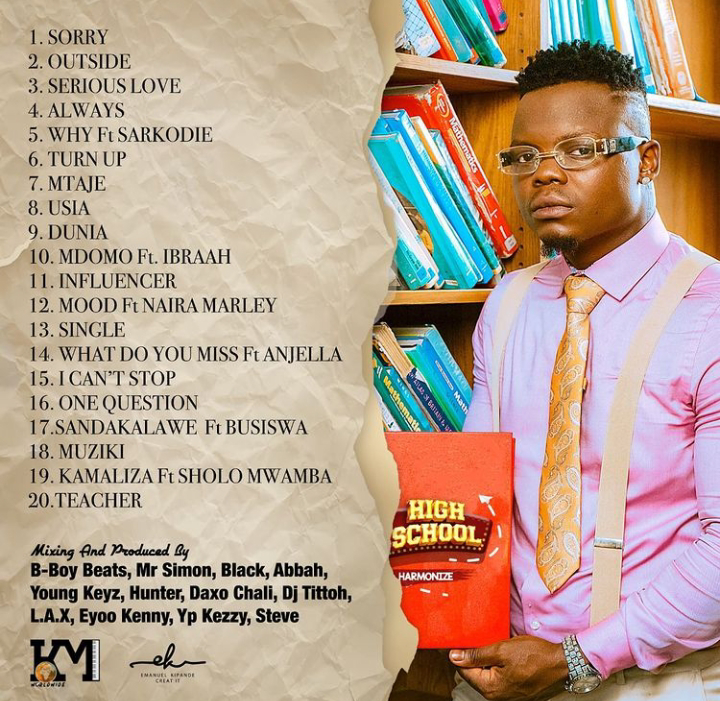 According to Harmonize the work will be officially released on November 5, 2021. The photo he has shown shows him sitting in the library with several books on the table and each book has the name of one of the songs he has listed.
Harmonize’s first album is “AfroEast”.