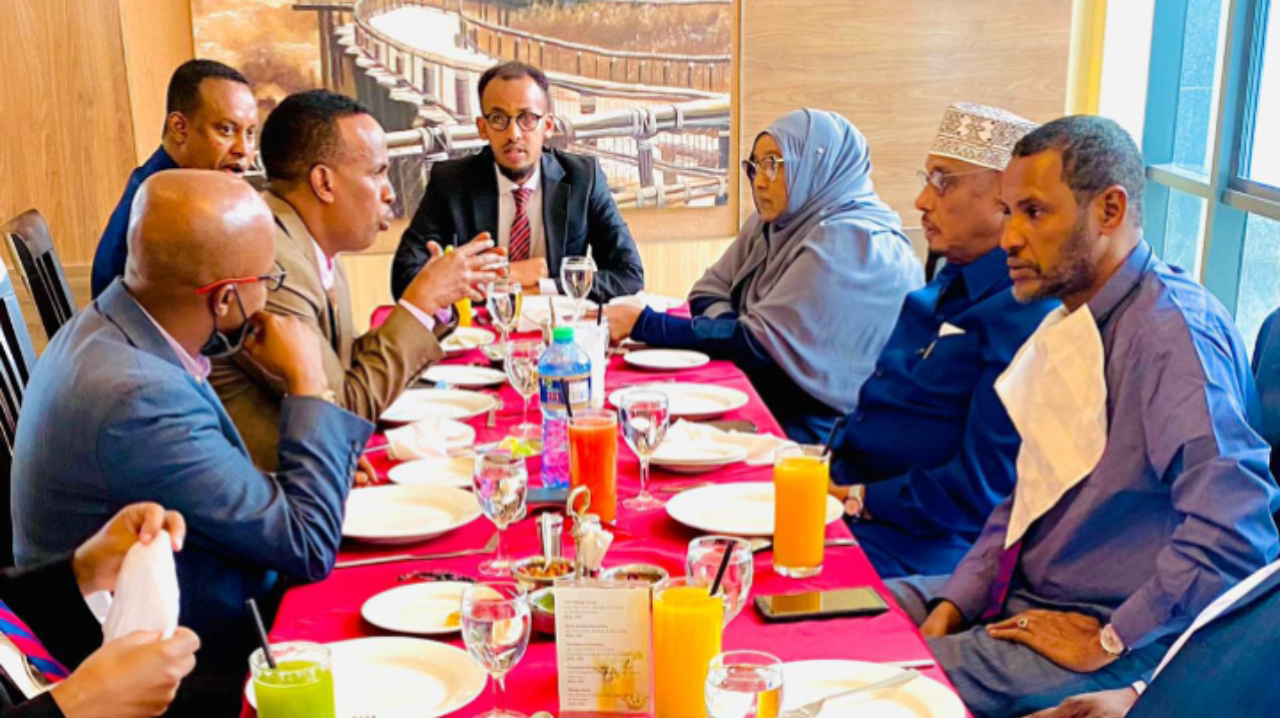 Kenya and the autonomous region of Somaliland, which is not internationally recognized, are working closely to strengthen their common interests, stability, peace and development in the region.

Last week Somaliland parliamentarians arrived in Nairobi for a series of exchanges with their Kenyan counterparts.
The delegation included members of the International Policy Committee, chaired by Mohamed Koodbuur, Mohamed Raamboo, Hussein Budul, Omer Jama and Bashir Hussein.
Kenyan MPs participating in the talks include Sophia Abdi Noor, Maore Maoka, Amina Gedow, Jennifer Shamalla and Senator Mohamed Moalim.
In a Twitter message, Ismail Shirwac, head of development co-operation at the Somaliland international affairs office in Nairobi, called the meeting a success.
Diplomatic relations between Kenya and Somaliland were strained after President Muse Bihi Abdi was welcomed at the Nairobi White House by his counterpart President Uhuru Kenyatta in December 2020.
Kenya and Somaliland agreed to expand trade, direct flights between Nairobi and Hargeisa as well as improve cooperation between the Port of Mombasa and Berbera and cooperation in the sectors of Agriculture, livestock development, education and energy.
In July 2021, Kenya sent Benson M. Mwaliko to head the Hargeisa co-operative office along with three diplomatic officials in the Somaliland region, a sign that it is committed to strengthening relations with Somaliland, a nation seeking recognition after secession from Somalia in Somalia. 1990.
Meanwhile, a meeting of Kenyan and Somaliland lawmakers, chaired by Sophia Abdi Noor, was designed to strengthen ties between the two nations.