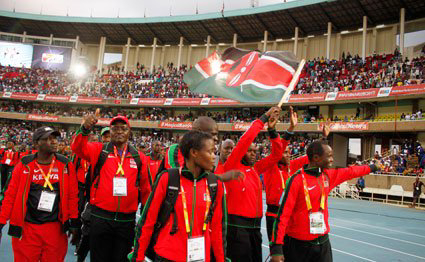 The Athletics Association has changed the training system for athletes through seminars and workshops later this year.

According to the new arrangement, the seminars have been distributed in various parts of the country to reach more athletes as opposed to the previous one where athletes were invited to gather in one place to receive the training.
Kenya Athletics has been forced to take such action after realizing that many athletes are suffering from mental health problems, especially following the assassination of world sprint champion Agnes Tirop last month in Iten.
The AK has acknowledged that there are problems facing athletes and should be addressed.
According to the new arrangement this year’s seminar is divided into more than 10 zones or zones and will be organized within three weeks.
According to AK’s vice-president who is also the tournament director, AK will host a one-day conference where local athletes will be invited to attend and discuss issues facing them.
“Because we want to reach as many athletes as possible we will have a free and open one-day session where athletes and coaches will be invited to attend with their wives and husbands to discuss their concerns,” said Mutwii.
“It will be like a marathon for us because we are spending this short break, especially for the track and field athletes” added Mutwii.
Kenyan Athletics President Jack Tuwei has urged athletes to open up and express themselves at the training and what they are experiencing.
“We have agreed to do different things this year and we urge many organizations and stakeholders to step in to achieve this new arrangement,” said Tuwei.