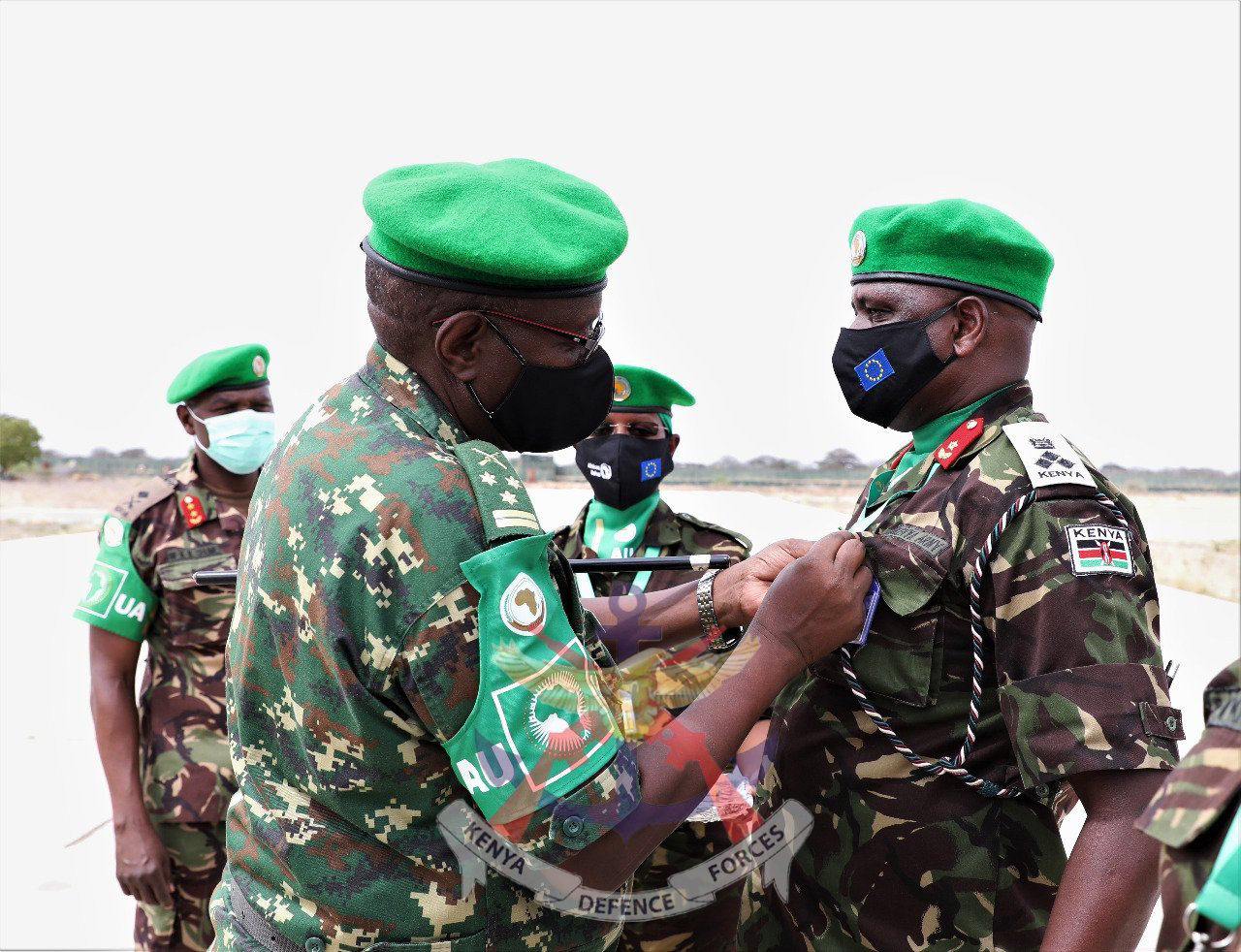 The African Union Mission in Somalia (AMISOM) has awarded medals to Kenyan soldiers for their exemplary contribution to peace and also for their efforts to ensure security in Somalia.

The soldiers, who serve under the AMISOM forces, were presented with the medals at a parade held at the second AMISOM headquarters in Dhobley, hosted by AMISOM commander Luteini General Diomede Ndegeya.
Lieutenant General Ndegeya praised the Kenyan military for its professional and courageous work despite unwavering challenges, a situation that has contributed to improved security and stimulated economic growth in various sectors, especially in the Juba region.
“These medals, which you will be awarded, are to recognize your service to humanity. Wear these medals with honor and as peace ambassadors for your country, ”said Lieutenant General Ndegeya.
Lutein General Ndegeya, also commended the Kenyan military for setting up emergency security centers in vulnerable areas with the aim of intensifying their operation against Al Shabaab to thwart their offensive plans.
The parade was attended by the deputy commander of operations and planning unit Major General William Kitsao Shume, AMISOM’s Chief of Operations Colonel Allan Kalanzi and the deputy commander of the second AMISOM headquarters Colonel Pascal Kitiro among other AMISOM and KDF officials.