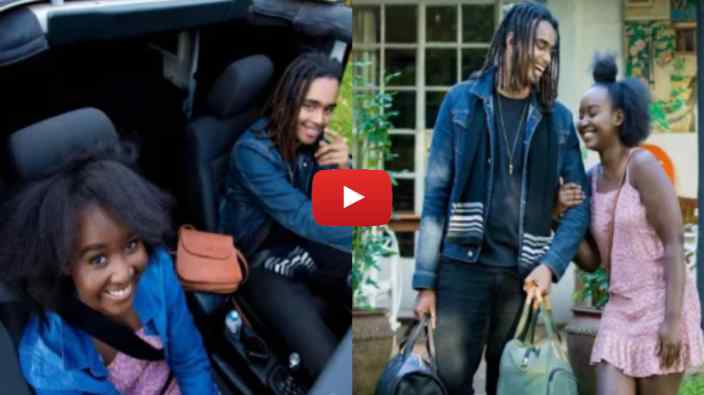 Kibaki’s Grandson and Betty Kyallo’s Younger Sister Captured Doing This Live In Car – Sean Andrew, the grandson of former President Mwai Kibaki, and Betty Kyallo’s younger sister, Gloria Kyalo, have got tongues spinning when they were sighted together.

At an unknown location, the two young superstars were doing the adult things in the car, this was really good time to them.

Gloria was captured clutching his hand affectionately as he carried two suitcases. Mercy Kyallo, Gloria’s older sister, was the one who created the bags.

They were all grins, and one might easily mistake them for a couple or lovebirds.

Later, the attractive celebrities took a trip together.

Some Kenyans assumed the two were collaborating on a project, while others speculated that there was more to it than meets the eye.

Following all of those statements, it was eventually shown that Kenyans were too invested in the event.

The two were simply partnered for a commercial to promote and sell Yallo Leather goods.

However, there are many who believe Gloria and Sean will be the town’s newest pair very soon.

Also a month ago Betty Kyalo was captured with Eric Omondi doing grown-up things at the same unknown location.