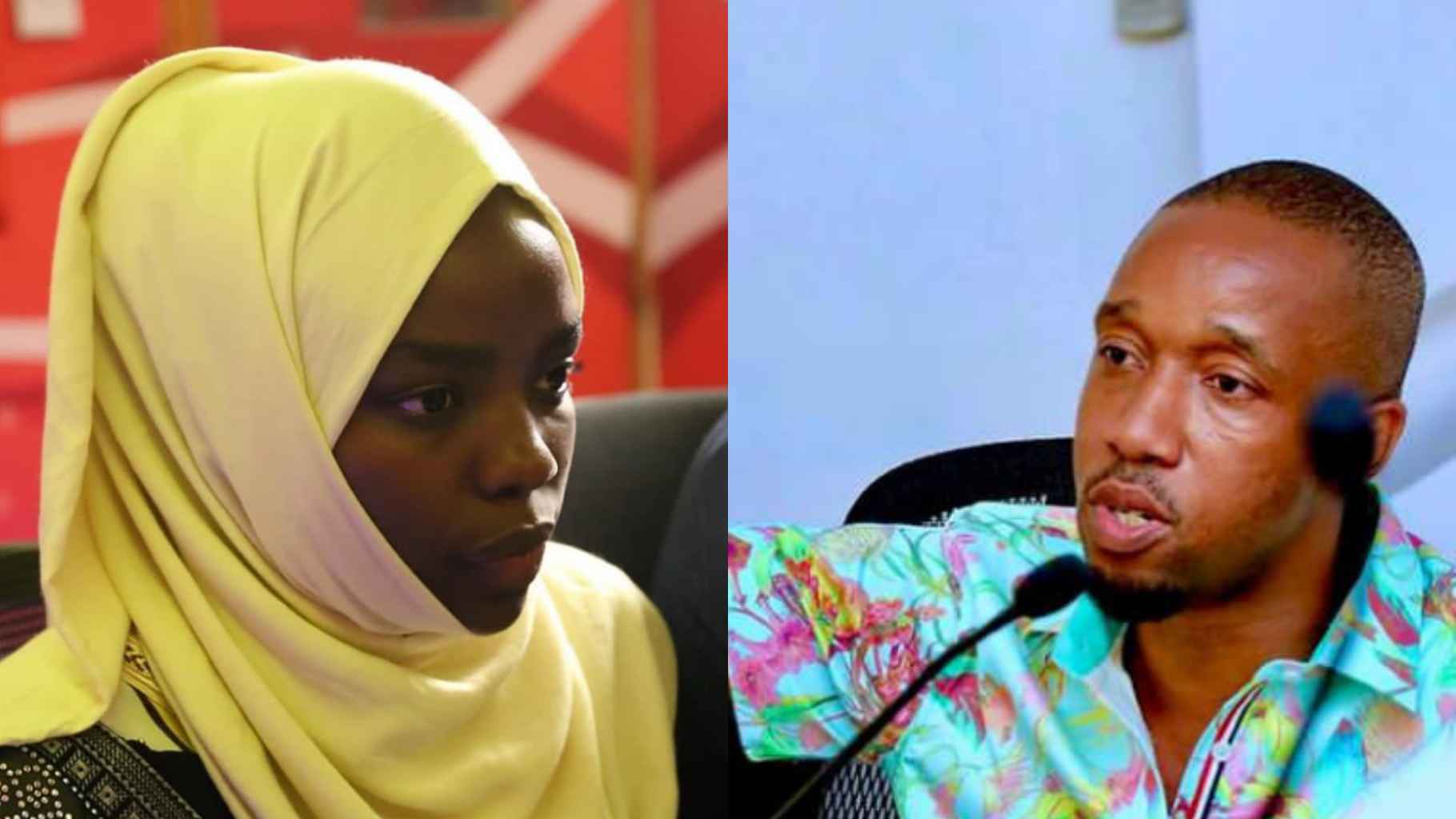 Yasmeen Said, better known as Maria, has caused a stir after meeting with a news reporter Rashid Abdallah at Citizen TV studio asking him to see her as his future girlfriend.

A celebrity who is admitted to being a 4-month pregnant Kiswahili media director caused a stir in the television studios here and there, screaming here and there.
As shown by the 19-year-old celebrant, he had an affair with Rashid Abdallah out of wedlock.
After counseling her, Maria says that Rashid forced her to have an abortion to save her marriage to Lulu Hassan.
Maria now says that she is not ready to give birth to her unborn child and that she will take care of her until she gets pregnant.
So she wanted Rashid to take responsibility for the pregnancy and the baby in her womb as she had switched off her phones.
This is when she insulted Rashid Abdallah by asking her to marry him as her second husband.