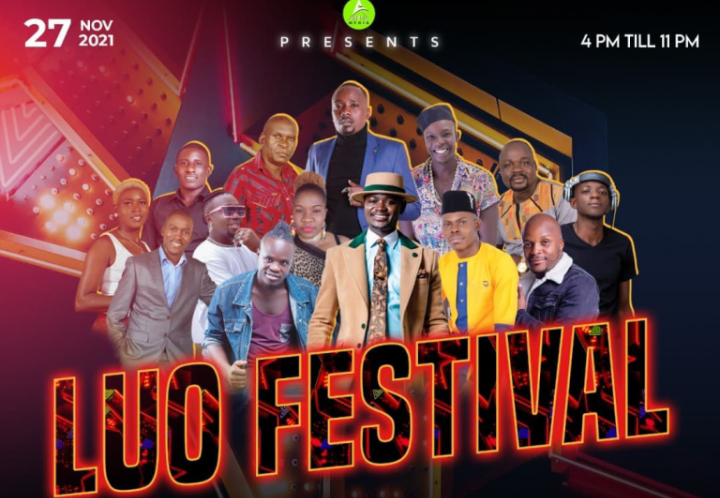 Finally, the organizing company of the “Luo Festival” called “Arena Media” has announced the date for the eagerly awaited festival.

The festival was supposed to be held on August 28, 2021 at Carnivore Stadium in Nairobi but was canceled.
The government through the ministry of internal defense suspended the festival after receiving requests to organize it due to fears of the spread of Corona virus.
The Nairobi police commander’s office has asked the festival’s organizers to postpone it until changes are made to the conditions set by the government to control the spread of the Corona virus.
The organizers of the festival have now chosen Saturday 27th November 2021 as the official date for organizing the festival.
Due to the large number of people expected to attend the festival and the need to adhere to the conditions to prevent the spread of corona virus, the festival site has been changed from Carnivore Stadium to Ngong Race Course.
The company recently had to assure those who had previously purchased tickets for the festival that they would be able to use them when it was organized.
Artists who were originally scheduled to perform at the festival included Emma Jalamo, Prince Indah, Bandaski, Breezy and Elisha Toto among others.
Organizers say they are currently in talks with the artists to agree on a new date for the festival, which they say is not easy as some have already planned their own concerts.